For the 36th year, beer lovers will gather in Colorado at the Great American Beer Festival (GABF), the renowned American beer festival and competition, to find their #HoppyPlace and sample some 3,800 beers from more than 800 breweries around the country.

GABF brings together the brewers and beers that make the U.S. the world’s most diverse brewing nation. Since its conception in 1982, GABF has been growing and evolving along with the American brewing community and represents the largest collection of U.S. beer ever served, in the format of a public tasting event plus a privately judged competition. Showcasing scores of diverse beers, Thrillist dubbed the event, “The One Beer Festival You Must Go to Before You Die.” 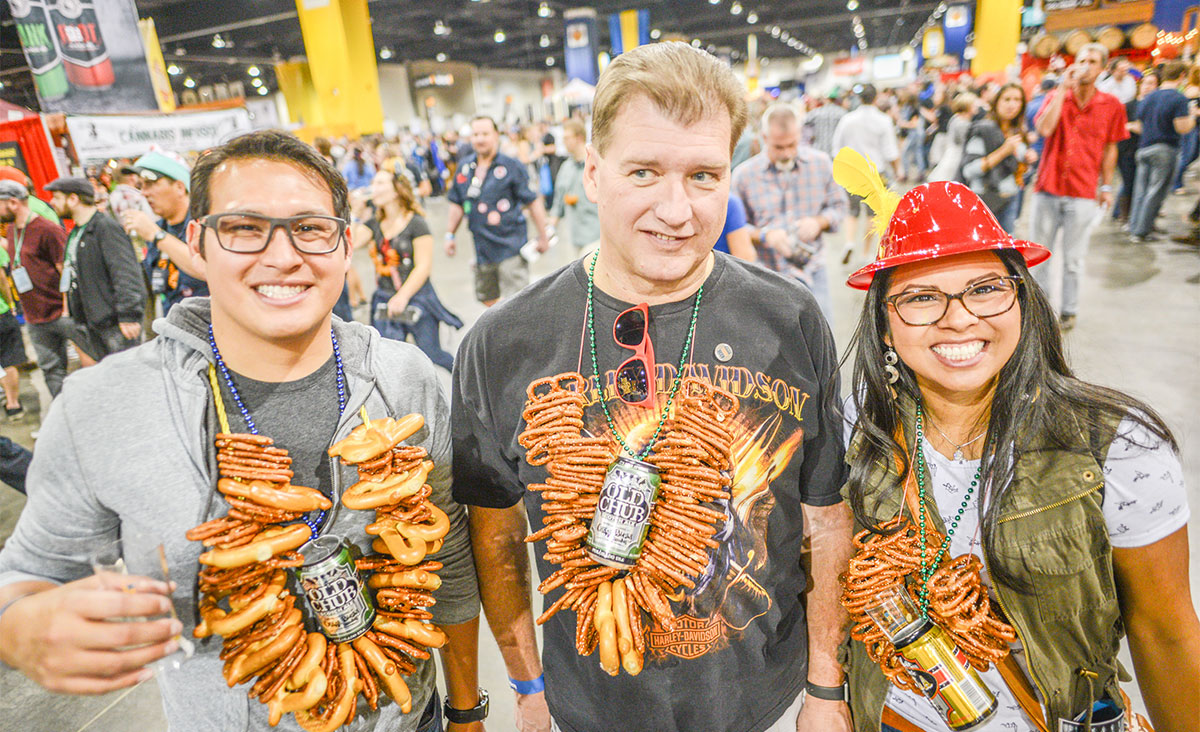 Members-Only Session tickets are $70 each, with a two ticket limit per member number.

General Session tickets are $85 public/$80 members (if purchased during the members only sale on August 1) and include:

Note: Due to limited availability, GABF General Session ticket sales are capped at four tickets per session per ticket buyer.

Additional ticket information can be found on the GABF website.

Please visit the following links for event b-roll and photos.

GABF Competition: In addition to showcasing quality beers, GABF features one of the world’s largest and most distinguished commercial beer competitions. In 2017, approximately 8,100 beers from more than 2,250 breweries will compete in 96 beer style categories for gold, silver and bronze medals, awarded by GABF’s Professional Judge Panel. (Note: final, official competition statistics will be published on Saturday, October 7, after competition results are compiled and medals are announced.)

The Business of Small Beer: The craft brewing phenomenon is not only quenching the thirst of patrons across the nation, but now with over 5,400 active breweries, it is also having a tremendous impact on our economy. At GABF, discover the economic impact these small and independent breweries have on our national and regional economies. Learn about the recently unveiled Brewers Association independent craft brewer seal and see what’s next for this thriving industry.

Beer and Food:  As beer becomes an increasingly important ingredient on menus, Paired, GABF’s intimate beer and food pairing pavilion, provides a tasty format to indulge in carefully crafted beer and food pairings. Attendees will sample craft beers not served anywhere else in the festival along with foods prepared by the who’s who of celebrated chefs. As in previous years, attendees will require a separate ticket ($160) that includes access to the festival. Paired tickets are available exclusively to members of the American Homebrewers Association and the Brewers Association and as such, can only be purchased during the members only sale on August 1. Limited tickets may be available for media.

GABF is made possible by the support of our generous sponsors.

The Brewers Association is the not-for-profit trade association dedicated to small and independent American brewers, their beers and the community of brewing enthusiasts. The Brewers Association (BA) represents more than 70 percent of the brewing industry, and its members make more than 99 percent of the beer brewed in the U.S. The BA organizes events including the World Beer Cup℠, Great American Beer Festival®, Craft Brewers Conference & BrewExpo America®, SAVOR℠: An American Craft Beer & Food Experience, Homebrew Con, National Homebrew Competition and American Craft Beer Week®. The BA publishes The New Brewer® magazine and its Brewers Publications™ division is the largest publisher of contemporary and relevant brewing literature for today’s craft brewers and homebrewers.