The BA supports transparency in labeling so that consumers can make informed choices when purchasing beer. Consumers have an interest in knowing the name of the brewing company or parent corporation that ultimately owns the beer brand. The BA therefore encourages all brewers to disclose to consumers their ownership of beer brands, including the name of the parent brewery that owns the brand, on the brand’s labeling to enable consumers to make informed buying choices.

Small brewers face significant risk when they enter a new market and choose a distributor. These relationships require a high degree of trust and goodwill. Our desire is for transparency so that a brewer entering an agreement with a distributor is aware of any direct or indirect ownership interest in any other brewery.

The BA believes the American consumer should have access to the widest range of beers made available by licensed breweries. The success or failure of a beer should depend on beer drinker demand, rather than artificial restraints to distribution. BA supports laws that respect and enhance beer drinkers’ choice in the marketplace. State laws should support an independent distribution tier that is unencumbered by undue influence, ownership or control by the largest brewers and ensures access to market for all brewers. For small brewers, the ability to be licensed as a distributor is often an essential element that serves to provide them access to market and increase consumer choice. 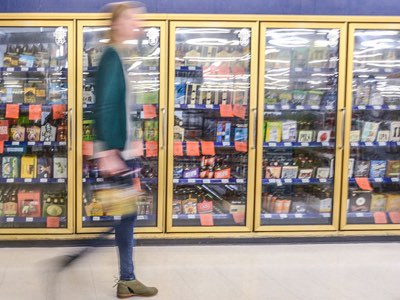 The BA believes the American consumer should have access to the widest range of domestically produced beers made available by licensed breweries.

The BA recognizes that not all beers have adequate sales levels to find distribution on retailers’ shelves or wholesalers’ warehouses. In such situations, consumers may be willing to go to the brewery premises to find beers not readily available through normal distribution channels.

The success or failure of a beer should depend on consumer demand, rather than on artificial barriers to distribution. BA supports state laws that respect and enhance consumer choice in the marketplace. BA believes that to provide the greatest ongoing choice for consumers, small brewers should have the right to sell beer directly to qualified consumers.

Granting brewery-restaurants/brewpubs the right to offer closed and sealed containers of their company’s on premise brewed beer for off premise consumption is an effective means of engendering brand loyalty and improving customer relations and service. Such capability is not intended to bypass the distribution of bottled, canned or prepackaged beer within the three tier distribution system.

The BA believes the American beer drinker should have access to the widest range of domestically brewed beers made available by licensed breweries. The BA advocates for and supports state laws and regulatory protocols which expand beer drinker choice in the American marketplace. The accessibility of diverse American beer styles should reflect demand for these beers from responsible beer drinkers, and should not be restricted through artificial barriers to market entry.

BA believes that to provide the greatest ongoing choice for American beer drinkers, consistent with historical brewing tradition and beer’s valued role in American food and beverage culture, brewers should have the right to offer beers of varying alcohol content and not be restricted by limits of alcohol by volume (ABV) or alcohol by weight (ABW). Similarly, American beer drinkers should have the right to the responsible enjoyment of different beer styles with the appropriate alcohol strength without having to pay a different tax based on the alcohol content of the beer. 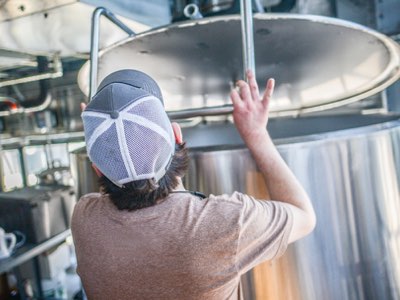 BA believes that small brewers and wholesalers should be free to establish enforceable contracts between the parties that both parties agree are fair and equitable. Franchise laws were enacted to protect wholesalers from the undue bargaining power of their largest suppliers. Applying those laws to the relationship between a small brewer and the wholesaler is unfair and against free market principles.Where franchise laws exist, the BA believes that any brewer contributing a small percentage of a wholesaler’s volume should be exempted from those laws and free to establish a mutually beneficial contract with that wholesaler. Without the leverage inherent in being a large part of a wholesaler’s business, a small brewer and wholesaler can negotiate a fair contract at arm’s length.

Regarding the BA update of its position statement on franchise laws: The BA believes that the definition of “small percentage” is a state-by-state matter to be determined by the brewers guild of each state. In that definition of “small percentage,” the BA fully supports the efforts of state brewers guilds to protect the interests of their members.

This acknowledges that a one-size-fits-all approach is not the most sensible. For example, an exemption for a brewer representing 20 percent of a wholesaler’s volume might be an appropriate, or even desirable, goal for one state, while another solution might work perfectly well in another. Therefore, the position statement language referring to “a small percentage” was determined to be preferable to citing an exact number. In one state, “small” could be 20 percent or even more, while in another state, perhaps five percent would be appropriate. Thus, the BA recommends that brewers who represent a small percentage of a wholesaler’s volume be exempted from franchise laws, and that “small percentage” be defined within each state.

The BA supports the independence of wholesalers and believes independent wholesalers are wholesalers who are contractually and economically free to allocate their efforts among the brands they sell without the undue influence of their largest suppliers. Each brand gets the attention it deserves on its own merits in the marketplace.

The BA opposes excise taxes on beer as a matter of public policy. The taxes are paid by small brewers whether or not they are profitable. They are also paid by consumers regardless of income level and are historically very regressive taxes. The total amount of excise taxes paid on beer exceeds the total amount of profit in the brewing industry. Newly proposed excise taxes earmarked to fund substance abuse programs do not recognize the positive and healthful benefits of beer consumption for the vast majority of beer drinkers. Furthermore, there have been billions of dollars of excise taxes already collected that could be used to fund such programs.

Water is the primary ingredient in beer. The BA recognizes that safe, clean, affordable, and readily available water is an essential resource to member breweries and that access to water is a basic human right. The BA supports actively protecting and conserving America’s water resources, which are critical to the long-term vitality of craft brewers and our supplier partners as well as the health and safety of every community.