Growth was seen in all major markets, most notably in Western Europe which saw a 33.4 percent increase. Ireland, the Netherlands, Thailand and Taiwan were the fastest growing markets in 2015.

Canada was again the leading international market for American craft beer, accounting for 51 percent of exports. Meanwhile, Sweden, Ireland and the United Kingdom each took a market share of approximately 10 percent. The top five was rounded out by Australia, which accounted for 4 percent of exports. 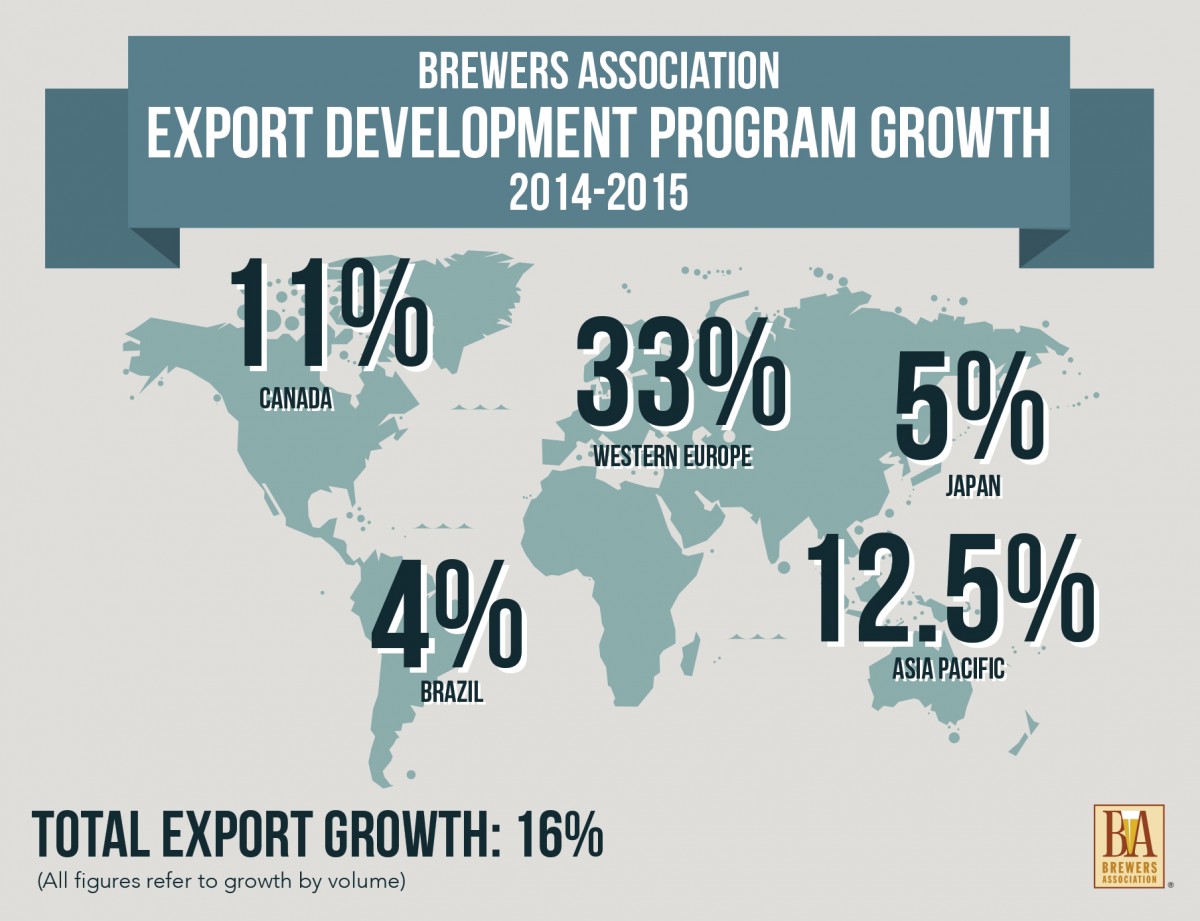 “Small and independent craft brewers are putting American beer on the global map,” said Bob Pease, president and CEO, Brewers Association. “There’s a growing thirst from beer lovers in countries around the world for bold, innovative products from American craft brewers. As the demand for American craft beer continues to grow abroad, the Brewers Association is pleased to support our members by increasing their access to international markets.”

The EDP, which generates exposure for American craft beer through trade shows, festivals, seminars, media outreach and competitions, among other activities, was initiated in 2004 with funds from the United States Department of Agriculture Market Access Program (USDA MAP). There are now approximately 80 small and independent brewers exporting their beers from the U.S., by EDP estimates.

The Brewers Association is the not-for-profit trade association dedicated to small and independent American brewers, their beers and the community of brewing enthusiasts. The Brewers Association (BA) represents more than 70 percent of the brewing industry, and its members make more than 99 percent of the beer brewed in the U.S. The BA organizes events including the World Beer Cup℠, Great American Beer Festival®, Craft Brewers Conference & BrewExpo America®, SAVOR℠: An American Craft Beer & Food Experience, AHA National Homebrewers Conference, National Homebrew Competition and American Craft Beer Week®. The BA publishes The New Brewer magazine and its Brewers Publications division is the largest publisher of contemporary and relevant brewing literature for today’s craft brewers and homebrewers.