The recipients of the 2018 Brewers Association Legislative Champion Award are:

Senators Blunt and Wyden and Reps. Kind and Paulsen were original sponsors of the Craft Beverage Modernization and Tax Reform Act (CBMTRA) bills (S.236, H.R.747), which recalibrated the federal excise tax for breweries and other alcohol producers. More than half of the U.S. Congress supported the bipartisan legislation, which had 56 senators and 303 representatives as co-sponsors. Senator Portman wrote and supported an amendment that resulted in the language from the bills being passed for a two-year period. Thanks to the efforts of these legislative leaders, America’s small brewers—operating in almost every congressional district in the nation—can reinvest in their businesses, employees and communities.

“The effort to bring meaningful federal excise tax relief to small brewers has been a decade-long initiative for the Brewers Association. We could have not achieved it without the leadership, passion and forward thinking from these five lawmakers,” said Bob Pease, president & CEO, Brewers Association. “Each understands the positive impacts small and independent brewers have on their local communities and our national economy. The tax relief for our brewers is palpable and we look forward to continued support from these lawmakers to make the two-year provision permanent.” 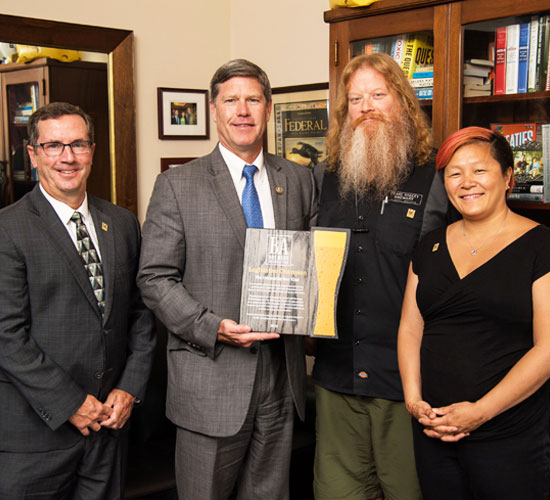 According to a recent excise tax recalibration survey conducted by the Brewers Association, breweries are utilizing their federal excise tax savings in a tangible way.

“Ninety-six percent of breweries responding to the survey found the lower federal excise tax beneficial to their brewery,” said Bart Watson, chief economist, Brewers Association. “More specifically, 70 percent indicated they would be increasing their economic development by purchasing new equipment, upgrading their tasting rooms and breweries, or moving to new buildings. In addition, more than half of respondents indicated they would be hiring new employees.”

More information about CBMTRA can be found at BrewersAssociation.org.