“The growth pace for small and independent brewers has stabilized at a rate that still reflects progress but in a more mature market. Although more difficult to realize, growth still exists,” said Bart Watson, chief economist, Brewers Association. “The beer world is highly competitive and there is certainly a mixed bag in terms of performance. Some breweries are continuing to grow, whereas others are having to evolve their position and nurture new opportunities to ensure they keep pace. Many brewers are benefiting from on-premises and taproom sales, and recent state-based reforms have the potential to help brewers in new regions capitalize on this growth.” 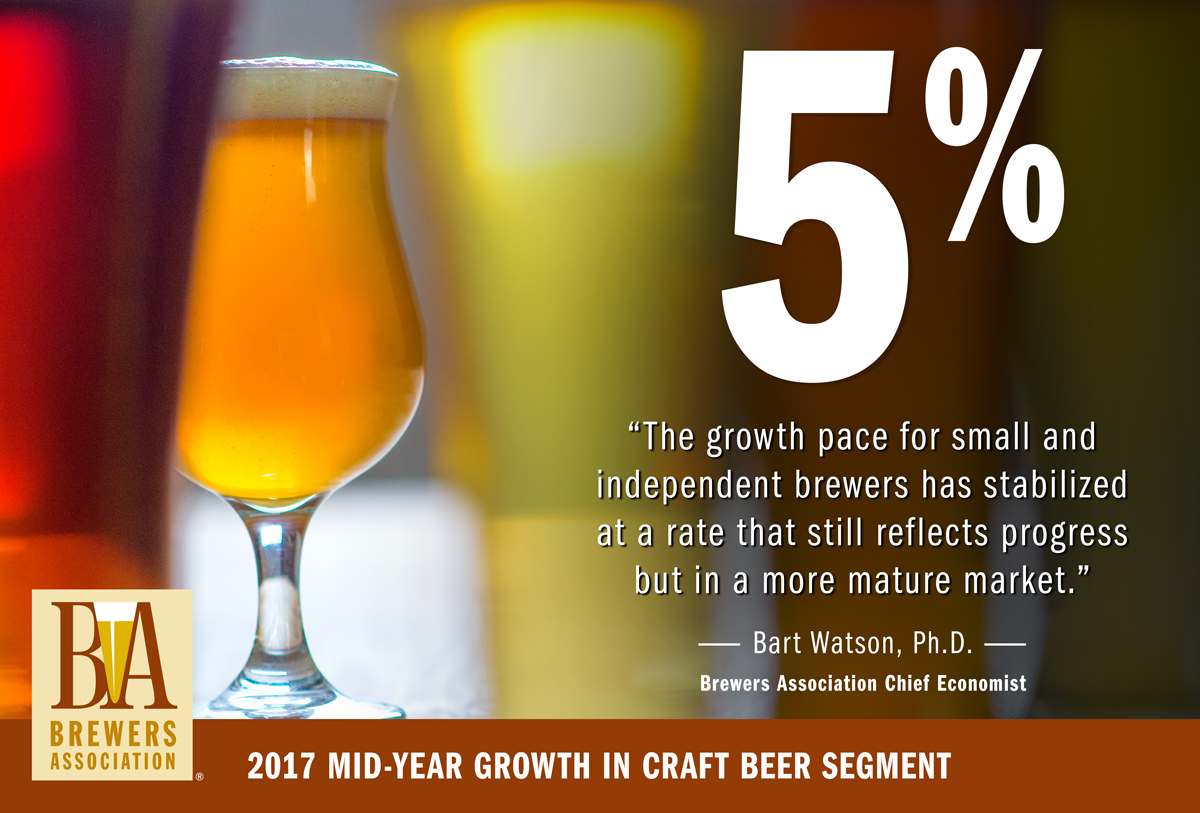 As of June 30, there were 5,562 operating breweries in the U.S., an increase of 906 from the same time period the previous year. Additionally, there were approximately 2,739 breweries in planning. Craft brewers currently employ an estimated 128,768 full-time and part-time workers in a variety of roles including numerous manufacturing jobs, all of which contribute significantly to the U.S. economy.

“Craft brewers are beacons of innovation, revitalization and collaboration,” added Watson. “Their contributions to not only the brewing community, but the overall economy, are significant and invaluable. From reforming the federal excise tax to ensuring the right to free and fair market access, opportunities exist to help craft brewers continue to thrive.”

Craft brewer definition: An American craft brewer is small, independent and traditional. Small: Annual production of 6 million barrels of beer or less (approximately 3 percent of U.S. annual sales). Beer production is attributed to the rules of alternating proprietorships. Independent: Less than 25 percent of the craft brewery is owned or controlled (or equivalent economic interest) by an alcoholic beverage industry member that is not itself a craft brewer. Traditional: A brewer that has a majority of its total beverage alcohol volume in beers whose flavor derives from traditional or innovative brewing ingredients and their fermentation. Flavored malt beverages (FMBs) are not considered beers.