Prior to holding the title of COO, Pease was Vice President. He was hired by the Brewers Association in 1993 as the Customer Service Manager, subsequently became Operations Director, and was promoted to Vice President in 1999 and to COO in 2010.

The transition to CEO formalizes much of the responsibility that Pease has already progressively adopted. Pease holds responsibilities in the areas of personnel administration, government affairs, export development and oversight of all financial/fiduciary, operational and functional areas of the BA. He will serve as the Association’s key liaison to its board of directors.

“I’m honored to receive this promotion,” said Pease. “And I am excited to lead the Brewers Association forward, continuing our efforts to accomplish key objectives on behalf of our members.” 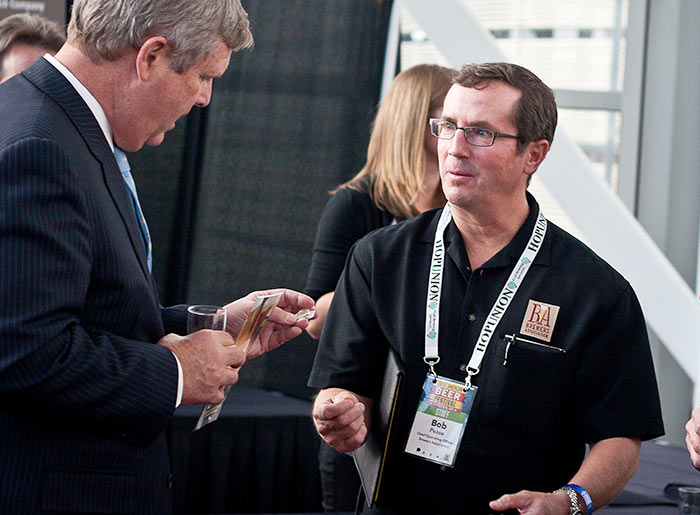 “Since 1978, I have enjoyed championing the interests of craft brewers, homebrewers and their beers. And I have been fortunate to have a dedicated, talented colleague in Bob Pease, sharing those efforts with me for many of those years,” Papazian said. “Bob has been performing many CEO-related duties for quite some time now. This title change is a natural evolution that recognizes Bob’s successively growing responsibilities here at the Brewers Association.”

“The Brewers Association and all of its members have benefited greatly from the leadership and hard work of Bob Pease,” said Gary Fish, chair of the BA Board of Directors and president of Deschutes Brewery. “I think I speak for many in the craft brewing community when I say that we look forward to Bob’s continued service to members and in protecting the interests of the broader beer and brewing community.”

The Brewers Association is the not-for-profit trade association dedicated to small and independent American brewers, their beers and the community of brewing enthusiasts. The Brewers Association (BA) represents more than 70 percent of the brewing industry, and its members make more than 99 percent of the beer brewed in the U.S. The BA organizes events including the World Beer Cup®, Great American Beer Festival®, Craft Brewers Conference & BrewExpo America®, SAVOR℠: An American Craft Beer & Food Experience and American Craft Beer Week®. The BA publishes The New Brewer magazine and its Brewers Publications division is the largest publisher of contemporary and relevant brewing literature for today’s craft brewers and homebrewers.