Growth was seen in major markets including in the Asia-Pacific region (not including Japan) which grew 7.4 percent; Japan, which was up 2.6 percent and Western Europe which saw exports increase by 1.3 percent.

Meanwhile, Canada was again the leading international market for American craft beer, accounting for 51.3 percent of total exports. Other leading importers were the United Kingdom, accounting for 10.5 percent; Sweden, 6.7 percent; Korea, 4.6 percent; Australia, with 3.8 percent; and China, with 2.5 percent of exports. 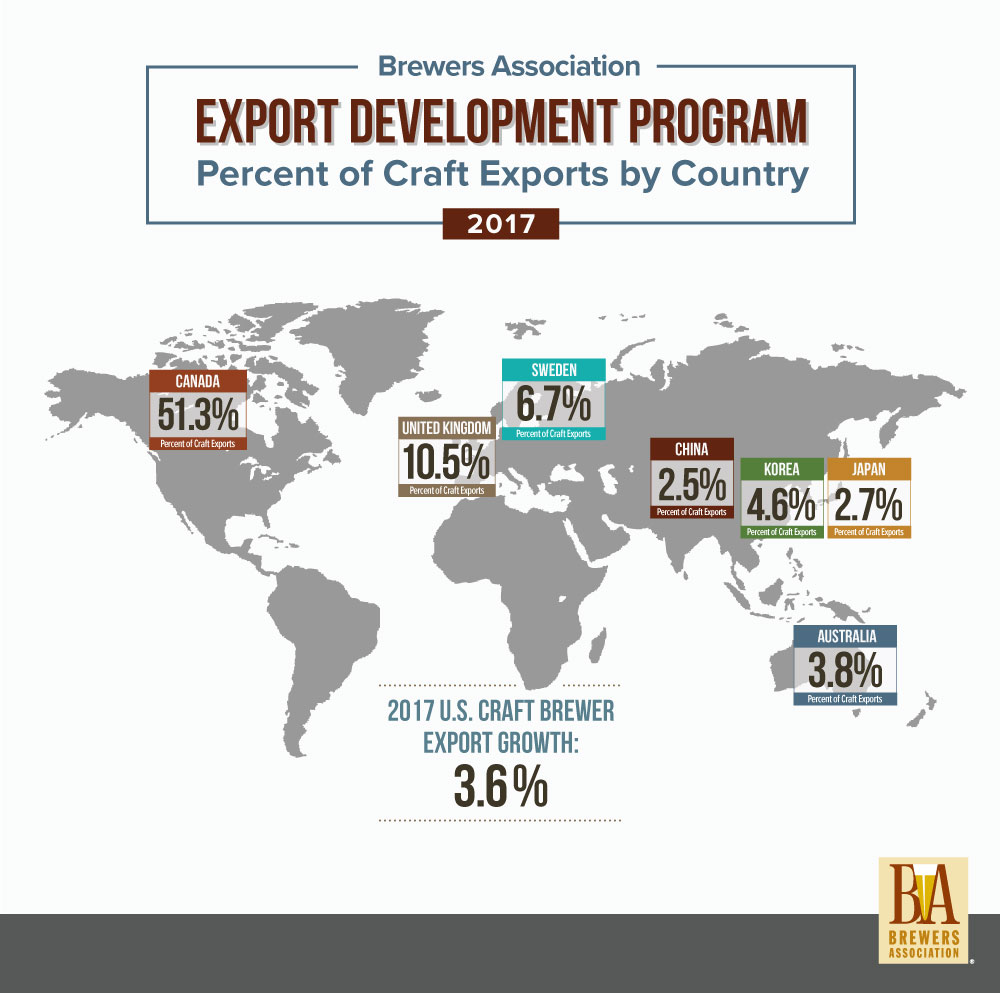 The EDP, which generates exposure for American craft beer through trade shows, festivals, seminars, media outreach and competitions, among other activities, was initiated in 2004 with funds from the United States Department of Agriculture Market Access Program (USDA MAP). There are currently more than 100 small and independent brewers exporting their beers from the U.S., by EDP estimates.

Steve is the international relations director at the Brewers Association. In his role, Steve manages the Export Development Program (EDP) which educates international trade and media about the quality and diversity of products offered by American craft brewers and helps member breweries grow their business in international markets. Prior to his role as EDP manager, Steve spent six and a half years as the assistant director of the American Homebrewers Association helping small & independent brewers and homebrew retailers expand their reach among homebrewers. He lives in Boulder, Colo., where he is a homebrewer, Certified BJCP beer judge, and Advanced Cicerone®.