Growth was seen in major markets, most notably in the Asia-Pacific region (not including Japan) which grew 12.9 percent. Japan, alone, increased by an astounding 22.6 percent. 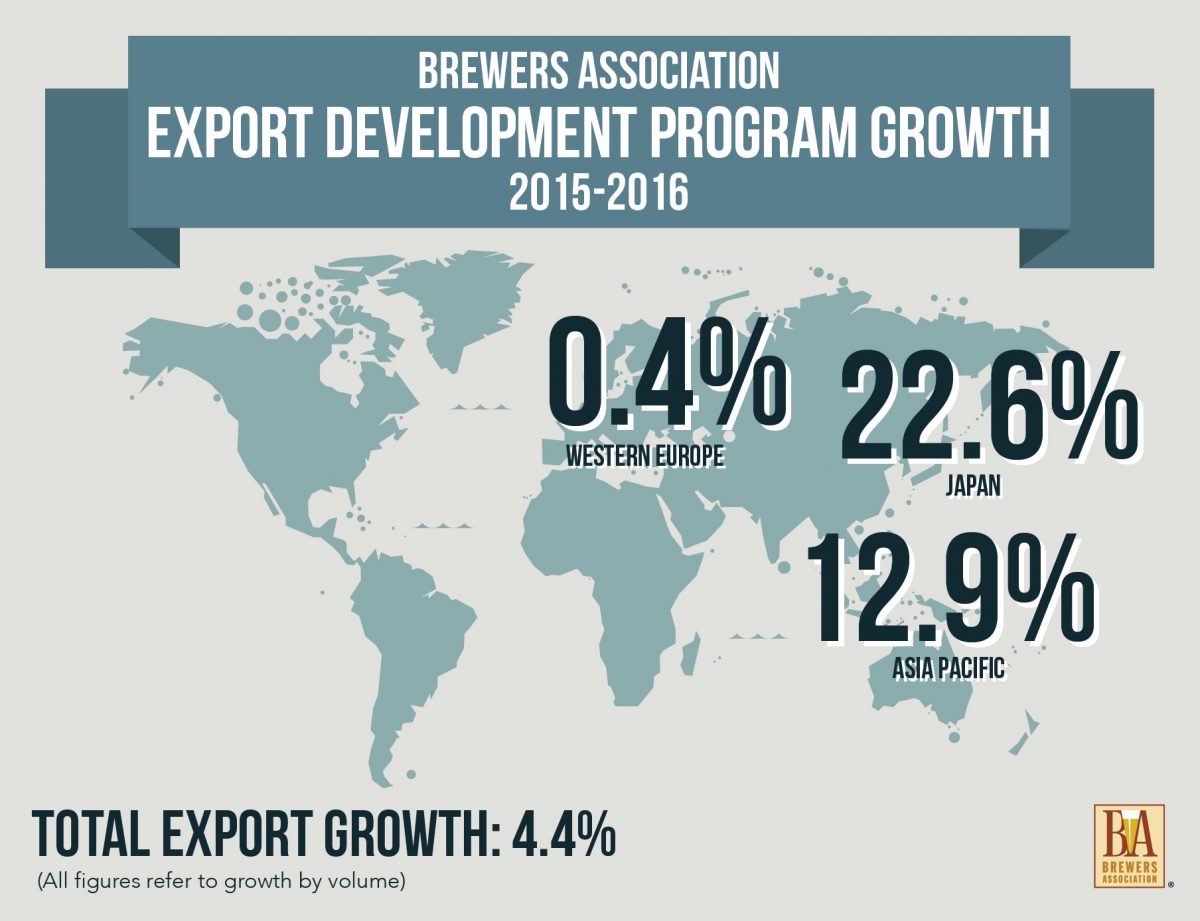 “This year’s export data demonstrates that demand is continuing to strengthen for small and independent craft brewers worldwide,” said Bob Pease, president and CEO, Brewers Association. “We are proud to be able to open and expand international access to craft beer through the Export Development Program. Just as these brewers have succeeded in elevating craft beer in the U.S., they are now doing the same on a global scale—sharing America’s love for these diverse and innovative flavors the world over.”

The EDP, which generates exposure for American craft beer through trade shows, festivals, seminars, media outreach and competitions, among other activities, was initiated in 2004 with funds from the United States Department of Agriculture Market Access Program (USDA MAP). There are now approximately 100 small and independent brewers exporting their beers from the U.S., by EDP estimates.