This article was originally published in the May/June 2016 issue of The New Brewer—a bi-monthly journal published by the Brewers Association.

As Brewers Association (BA) member breweries continue to grow and gain market share, looking to the future becomes more and more important. Small, independent brewers have specific immediate concerns, but identifying and addressing long-term problems and challenges is just as important, especially as brewers’ stewardship roles likewise increase. The BA Technical Committee and its supporting subcommittees have been working to develop a unique set of goals, priorities, and projects that will ensure a healthy future not just for breweries, but for the entire supply chain and their local communities as well.

As part of this shared vision, the Brewers Association is proud to fund craft beer research and service grants in support of its member breweries. To date, funding priorities have included hop and malt research, as well as safety and sustainability-related projects. BA funding has supported research and service grants for public barley and hop variety development, for hop disease and hop aroma, as well as supporting affiliated national- and state-level grower organizations.

For 2016, the BA is supporting more than a dozen research projects and grants. Details of two examples follow; both illustrate the importance of protecting the brewing industry supply chain. Both support significant portions of the BA’s mission to “promote access to raw materials and markets” and “support research and advances in safety, sustainability, education, technology and raw materials.”

As long as the BA has been conducting the Annual Hop Usage Survey, the Cascade hop variety has occupied the top spot as the most widely used hop by U.S. craft brewers. Clearly the workhorse hop for small and independent brewers, Cascade’s flavors and aromas have long been considered the distinctive signature of craft beer. Not incidental to the widespread cultivation and use of Cascade has been the hop’s inherent genetic resistance to powdery mildew. Powdery mildew is the most costly disease to the U.S. hop industry and, by extension, brewers. Rapid expansion of Cascade planting has facilitated the powdery mildew fungus to develop greater virulence in just the past three to four years. Studies have confirmed that Cascade-virulent strains of the fungus are present in the Pacific Northwest. In short, it appears that the signature hop used in a large number of craft beers is in danger of losing its resistance to a common yet costly disease. This development could lead to decreased yields, higher prices, and lower quality in the Cascade hop. 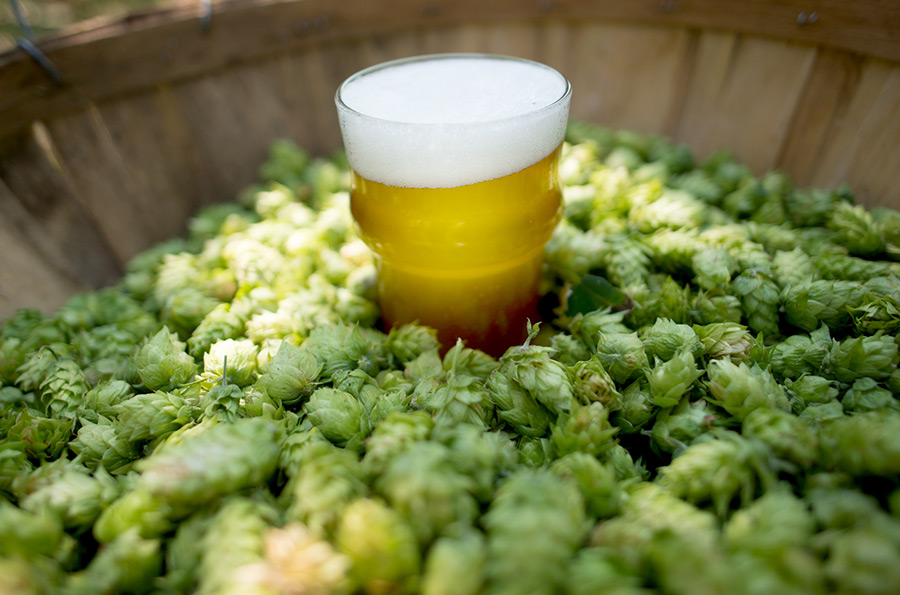 With support from the BA, USDA research plant pathologist David Gent confirmed the occurrence of powdery mildew in 2012 and 2013 on Cascade in the field, and infection of Cascade in the lab. In 2014, outbreaks of powdery mildew, sometimes serious, were documented in Cascade yards established with planting material sourced from virus-free, true-to-type planting stock. In 2015, the project received funding to continue to develop knowledge, understanding, and approaches to mitigate damage from powdery mildew on Cascade. The research will also focus on other varieties derived from Cascade, and their susceptibility to virulent strains of powdery mildew. It will also seek to identify powdery mildew resistance in male plants that could be useful parents in breeding efforts to develop new, resistant varieties as Cascade replacements. Resistant cultivars are thought to offer a long-term, sustainable solution to powdery mildew’s negative impact. Gent’s project will give growers tools to ensure BA members have access to Cascade in the near term, and will support development of disease-resistant, economically viable, and sustainable hop varieties in the future.

In 2014, the Brewers Association identified several mismatches and/or disconnects between craft brewers’ present and future needs and the U.S. grown barley malt supply and markets in the document “Malting Barley Characteristics for Craft Brewers.” Some of the gaps have to do with barley itself, while others involve market structure, scale, and practice. The growing number of brewing companies and craft brands means that continued innovation in all-malt brands will need to be fueled by an increasingly diverse barley malt supply.

Craft beer drinkers increasingly seek out brands that are locally brewed. The craft malting and brewing industries across the U.S. have an increased desire to use locally produced grains for their products. The current U.S. barley supply is predominantly produced along the upper tier: Idaho, Montana, Wyoming, North Dakota, and Minnesota in the U.S.; and Alberta, Manitoba, and Saskatchewan in Canada. Each of these areas has large barley-breeding programs that are developing varieties adapted to their specific growing regions and are quite different from those in the eastern U.S.

To satisfy the growing need for locally grown barley and to increase the diversity of barley and malt sources for member breweries, the BA is funding the Eastern Spring Barley Nursery (ESBN) in 2016. Led by Dr. Richard Horsley of North Dakota State University (NDSU), this research is a collaborative effort supported by Cornell University, Michigan State University, NDSU, Ohio State University, Penn State University, Purdue University, University of Maine, and University of Vermont. Twenty-five varieties of barley have been selected by soliciting suggestions from craft maltsters and brewers in the growing areas of the participating institutions. NDSU will distribute seed to each cooperating university. Using standard production practices for small grain field plots, researchers will collect data on days to heading, plant height, foliar diseases, lodging, and yield. Following harvest, each location will then send a sample of each entry to NDSU, where they will measure kernel plumpness, grain protein, test weight, pre-harvest sprouting, and deoxynivalenol (DON) accumulation. Their resulting report will summarize information on agronomic performance, disease resistance, barley quality, and malt quality of each variety. The report will allow local agriculture extension personnel, growers, maltsters, and other stakeholders to make informed decisions on what malting barley varieties to grow in their region.

Both of these research projects address long-term threats to, and the needs of, brewing industry supply chains. Supporting research in these important areas increases the resiliency of the agricultural systems that provide brewing ingredients. In 2016, craft brewers will consume approximately one-third of all malt used by all U.S. brewers, and a similar proportion of the entire U.S. hop crop. Craft brewers definitely have skin in the game, and are taking appropriate steps to invest in the health of their critical suppliers. The efforts of today’s members will allow them, as well as future generations, to brew the highest quality beers in a manner that strengthens the value of their business. 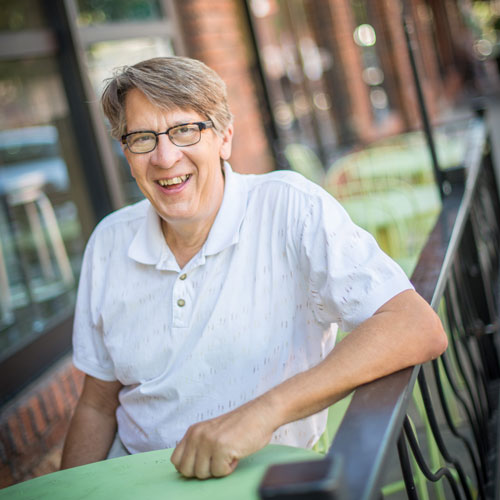 Chuck joined the Brewers Association staff in 2013 after a long career as a craft brewer. He opened Tennessee’s first brewpub, Boscos, in 1992. As an owner and director of brewery operations for Boscos Brewing Company, he opened additional brewpubs in Memphis, Nashville, and Little Rock, Arkansas. In 2007, Chuck opened and operated Ghost River Brewing in Memphis. He has served as chair of the Association of Brewers Board of Advisors, chair of the Association of Brewers Board of Directors, and was a member of the first Board of Directors for the Brewers Association. In his capacity as technical brewing projects manager, Chuck works with the Technical Committee and the safety, sustainability, quality, draught beer quality, engineering, and supply chain subcommittees to encourage and facilitate best practices in all phases of Brewers Association members' brewery operations.