Washington, D.C. • June 6, 2015 – The harmonization between craft beer and food was on full display at the eighth annual SAVOR: An American Craft Beer & Food Experience held at the National Building Museum in Washington, D.C. on June 5 and 6. Presented by the Brewers Association (BA), SAVOR is the nation’s marquee craft beer and food pairing event.

Over the course of two nights, 4,000 attendees were given the opportunity to enjoy a sampling of small bites and craft beers from 76 small and independent craft brewers from all across the United States. The menu was strategically designed by an expert tasting panel led by Chef Adam Dulye, executive chef at the Brewers Association, and Chef Kyle Mendenhall, BA chef consultant and executive chef at The Kitchen, illustrating how well craft beer and food complement one another.

“SAVOR is a beer experience like no other, where a world class collection of craft brewers share some of their best craft brewed beers strategically paired with carefully crafted bites,” said Chef Dulye, a graduate of the Culinary Institute of America and executive chef at the Brewers Association. “Aha moments are what SAVOR is all about while attendees personally pow-wow with the makers.” 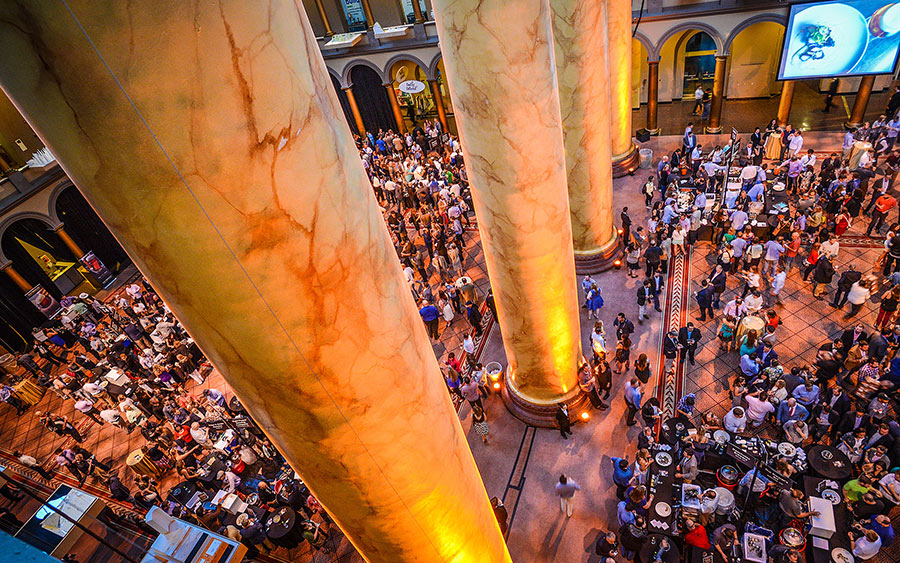 The pairings presented used many of the principles found in CraftBeer.com’s Beer & Food Course. Similar to SAVOR, the Beer & Food course, co-authored by Chef Dulye and Julia Herz, publisher of CraftBeer.com, provides a free guide to dive deeper into the versatility of craft beer pairings. This course allows students, culinary educators, beer aficionados and anyone interested craft beer’s evolution in the food arts world the chance to broaden their knowledge and help beer reclaim its place at the dinner table.

All products at SAVOR are locally sourced, supporting natural, small and independent farms and ranches as much as possible. All of the proteins and seafood used in the menu this year were from small and independent ranches, farms and fish mongers that support sustainability. All produce came from natural or organic farms. Not a single ingredient on our menu originated from any land that uses or promotes the use of GMOs or pesticides.

Additional event details and high resolution photos can be found on the SAVOR website. SAVOR is made possible by a number of the generous supporters.