Small and independent brewers see increase in first half of 2014

Boulder, CO • July 28, 2014—Small and independent craft brewers enjoyed continued growth in the first half of 2014, according to new mid-year data released by the Brewers Association (BA), the not-for-profit trade association that represents the majority of U.S. breweries. American craft beer production volume increased 18 percent during the first half of the year.

From January through the end of June 2014, approximately 10.6 million barrels of beer were sold by craft brewers, up from 9.0 million barrels over the first half of 2013. (Note: The 18 percent growth rate is based on the updated craft brewer definition1 and derived from comparable barrel total from the first half of 2013. Mid-year figures first reported in 2013 were based on the previous craft brewer definition).

“The sustained double-digit growth of the craft category shows the solidity of demand for fuller flavored beer in a variety of styles from small and independent American producers,” said Bart Watson, chief economist, Brewers Association. “Craft brewers are providing world-class, innovative products that continue to excite beer lovers and energize the industry.” 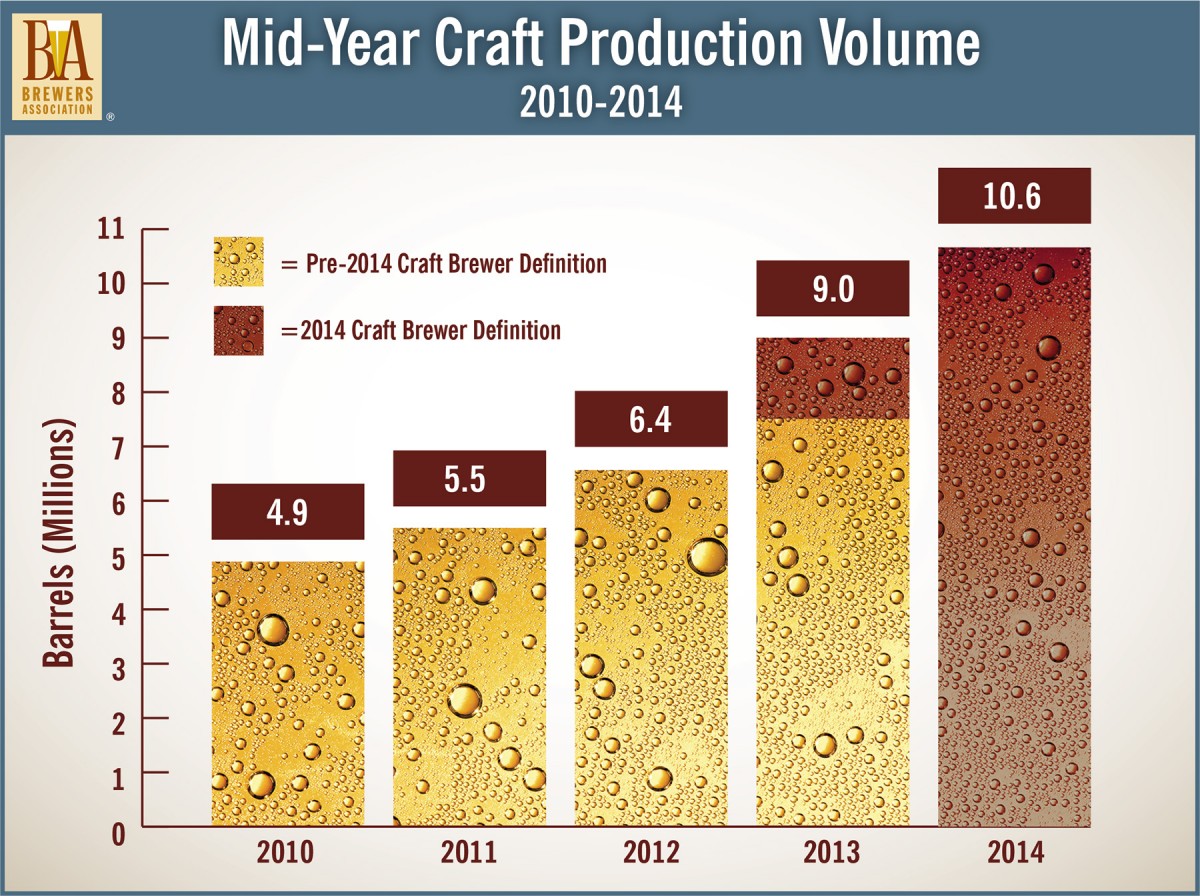 As of June 30, 2014, 3,040 breweries were operating in the U.S., 99 percent of which were small and independent craft breweries. Additionally, there were 1,929 breweries in planning. Craft brewers currently employ an estimated 110,273 full-time and part-time workers, many of which are manufacturing jobs, contributing significantly to the U.S. economy. 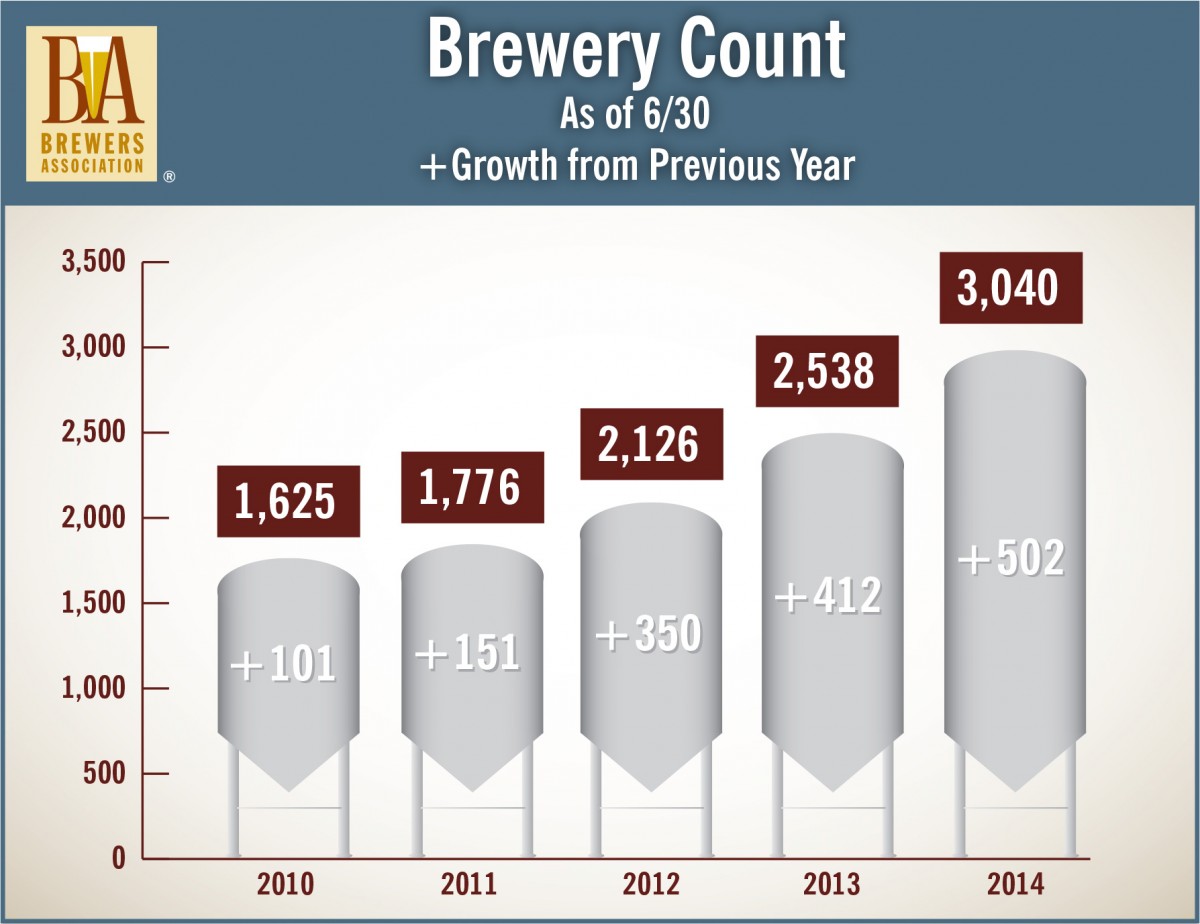 “Coupled with the continued rise in the number of breweries, the market growth of craft brewers highlights the ongoing localization of beer production in the United States,” added Watson. “More and more, people are enjoying the products from America’s small and independent brewers, making this country a true destination for beer.”

Note: In February 2014, the Brewers Association Board of Directors approved changes to the craft brewer definition that go into effect with the 2014 craft brewing data set.

1 An American craft brewer is small, independent and traditional. Small: Annual production of 6 million barrels of beer or less (approximately 3 percent of U.S. annual sales). Beer production is attributed to the rules of alternating proprietorships. Independent: Less than 25 percent of the craft brewery is owned or controlled (or equivalent economic interest) by an alcoholic beverage industry member that is not itself a craft brewer. Traditional: A brewer that has a majority of its total beverage alcohol volume in beers whose flavor derives from traditional or innovative brewing ingredients and their fermentation. Flavored malt beverages (FMBs) are not considered beers.

The Brewers Association is the not-for-profit trade association dedicated to small and independent American brewers, their beers and the community of brewing enthusiasts. The Brewers Association (BA) represents more than 70 percent of the brewing industry, and its members make more than 99 percent of the beer brewed in the U.S. The BA organizes events including the World Beer Cup®, Great American Beer Festival®, Craft Brewers Conference & BrewExpo America®, SAVORSM: An American Craft Beer & Food Experience and American Craft Beer Week®. The BA publishes The New Brewer magazine and its Brewers Publications division is the largest publisher of contemporary and relevant brewing literature for today’s craft brewers and homebrewers.