Recognizing the most outstanding homemade beer, mead and cider from homebrewers worldwide, this year’s competition saw 8,618 entries from 3,530 homebrewers located in all 50 states, Washington D.C. and 13 other countries. The final round of competition took place at Homebrew Con, where 1,134 entries were evaluated by some of the top beer judges in the country. Over its 39-year history, the National Homebrew Competition has evaluated 134,835 brews. The first competition, held in 1979 in Boulder, Colo., judged 34 beers.

This year’s winners include Zach Kosslow of Wilmington, N.C., who earned the Homebrewer of the Year Award; Michael Wilcox and Amy Satterlund of Wichita, Kan., who won the Cidermaker of the Year Award; and Scot Schaar of Davenport, Iowa, who received the Meadmaker of the Year Award. QUAFF (Quality Ales and Fermentation Fraternity), based in San Diego, won the NHC Homebrew Club award, and Cane Island Alers (CIA), based in Katy, Tex., won the Gambrinus Club Award, while Jeff Poirot and Nicholas McCoy of Fort Worth, Tex. won the Ninkasi Award, for accumulating the most wins in the competition. 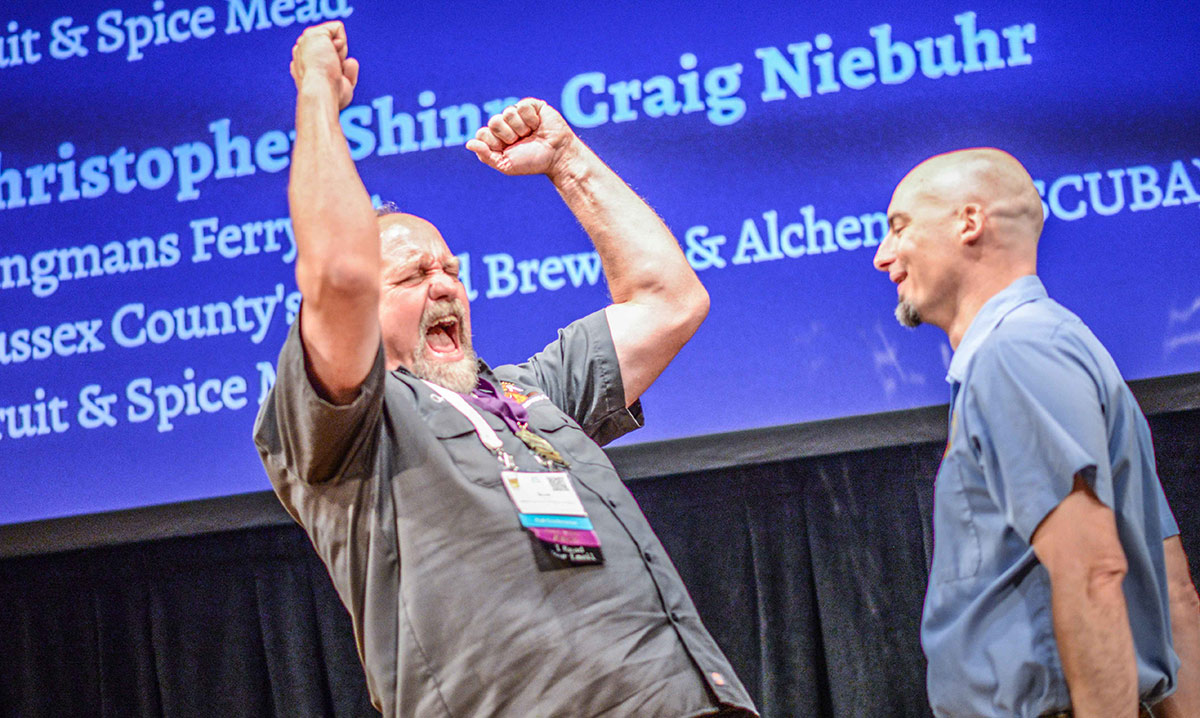 “Minneapolis was a fantastic host for Homebrew Con, which, each year, keeps gathering an increasingly impressive and innovative group of homebrewers,” said Gary Glass, director, American Homebrewers Association. “Being around so many fun, passionate and community-driven fellow beer lovers is humbling as well as inspiring—and those who placed in the National Homebrew Competition should be extremely proud.

The conference also offered attendees the opportunity to hone their skills by learning from expert speakers and attending a number of educational sessions. In addition, attendees were able to enjoy a series of events where they sampled each other’s brews and professionally-made craft beers. The Homebrew Expo & Social Club, Keynote Address & Welcome Toast and Club Night were chances for participants to try craft beers and meads from homebrew clubs and breweries nationwide, while brewing up new friendships with their fellow hobbyists.

Contact: Jacob Streiter (on behalf of the American Homebrewers Association), 646-695-7047

About the American Homebrewers Association:

Here’s to 25 Years of Big Brew: Homebrewing, Hobbyists, and Hops