The question of diversity in beer comes up again and again. Admittedly, it’s not an easy topic to navigate, both factually and emotionally. With the groups under the diversity umbrella representing multiple factions including ethnicity, gender, and even religion, things are neither tidy nor easy to tackle.

Also, there isn’t a full data set to give us a proper picture of where the challenges lie. Sometimes the media asks questions tied to the beer community and who actually works in beer. Other times the questions focus on the beer lover and who they are. Unfortunately, we don’t have a definitive handle on how many of our stakeholders or beer lovers are male or female, black or white, Hispanic or Asian, LGBT, millennials or baby boomers. Regardless, I’ve said again and again, on the record: “Beer has no gender and no ethnicity.” But one sound bite cannot turn the tide. Or can it?

One element of the definition of diversity is “variety.” Craft brewers have mastered variety in brand offerings, styles of beer made, brewery taprooms, brewpub menus, beer labels, and more. However, especially of late, I’ve found myself fumbling through cringe-worthy interviews on the topic of diversity that have left me lacking confidence in speaking to the subject.

It’s fair to want beer to represent our diverse population in an equal manner. We need to do a better job of attracting a diverse group of consumers, community employees, and owners. Always. 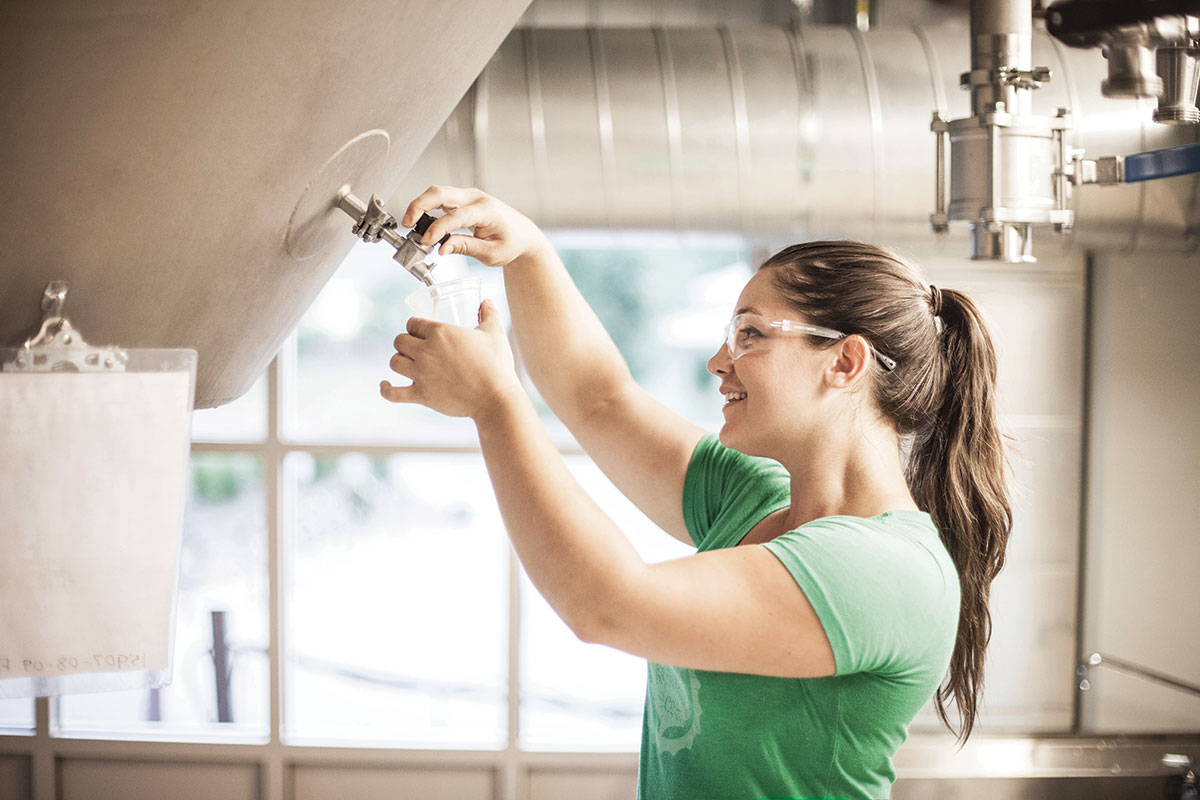 The 2016 James Beard Foundation Journalism Award in the Wine, Spirits, and Other Beverages category went to Dave Infante for his Thrillist article, “There Are Almost No Black People Brewing Craft Beer. Here’s Why.” One of Infante’s main takeaways was “…craft beer is white because the overall American beer industry has always been white.” He also wrote, “While craft beer isn’t the source of the problem, I think it might be some small part of the solution.” Yes!

Indeed, when I look around the Craft Brewers Conference (13,000 strong in 2016), the majority of faces looking back at me are white and male. Yet during World Beer Cup years (which we host biennially), I see a more diverse group in the seminars and trade show. Attendance at the Craft Brewers Conference does not accurately represent a cross section of all craft beer employees. With 120,000+ full- and part-time jobs actually tied to the craft brewing community, take into account the 1,700 brewpubs, and you have a totally different group. As of 2015, 78.5 percent of legal drinking-age adults lived within 10 miles of a brewery. These adults, of varying race and gender, are the ones sourced for jobs at brewery taprooms and brewpubs, right? What’s to prevent this same group from becoming future beer industry leaders?

In 2014, a team of Stanford researchers surveyed more than 2,500 breweries and found that 21 percent had at least one woman in a top role, including CEO, head brewer, and brewmaster. Compared to similar industries, that number is actually relatively high.

From the Center for American Progress data on the Women’s Leadership Gap, here’s how the craft brewing industry stacks up against some other industries based on the Stanford data: 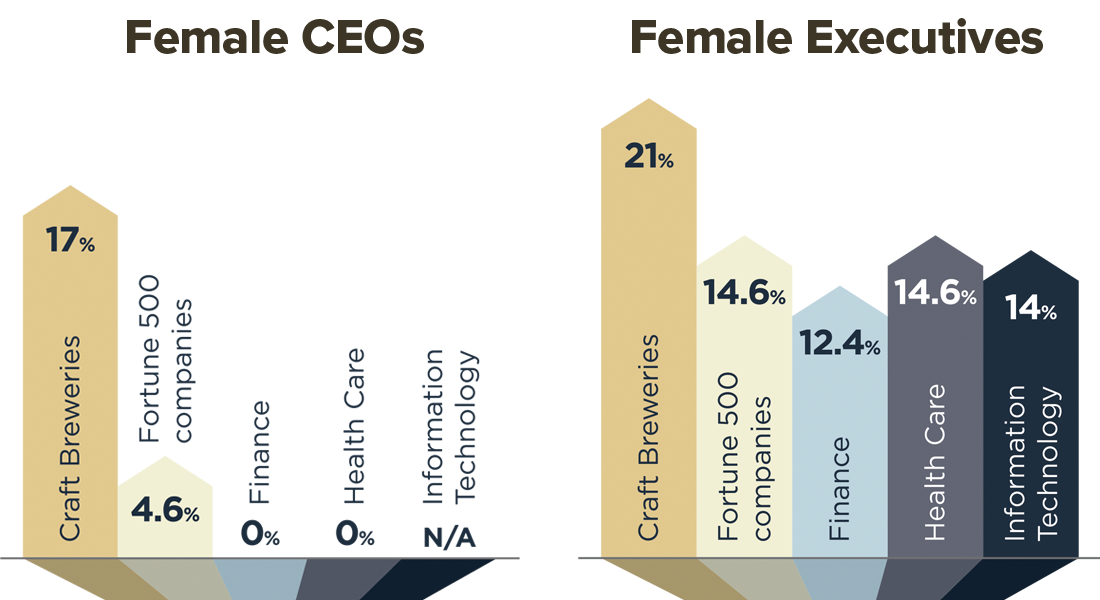 Beer advertising has a checkered past. Remnants of outdated and inappropriate advertising are prevalent on the Internet and in many a bar and breweriana basement. Their presence still looms, casting a shadow on the image and message of modern brewing.

If you look at beer advertising today, most of it is much more culture- and gender-inclusive. That’s the right direction to go if we want to broaden our customer and employment base. From a personal perspective, I often say what feels good tastes even better; but unfortunately, even today I see beer elements that just don’t feel right. These elements draw attention from the media through shame and sensationalism. Even one sexist label, logo, or beer ad dilutes the integrity of our beloved beverage.

Most in the beer community would agree that beer is about being social and connecting people, and that alienating half of your potential customers is shortsighted. Before the 1990s, which saw the rise of both the Internet and the popularity of microbrewed beer, sexism-based advertising was prevalent.

However, with the viral voices of today’s social media channels, I also see checks and balances in play. Vocal consumers are forcing many brands in many industries to grow a conscience. Integrity is the metaphorical yard stick for the average craft brewer and beer lover. 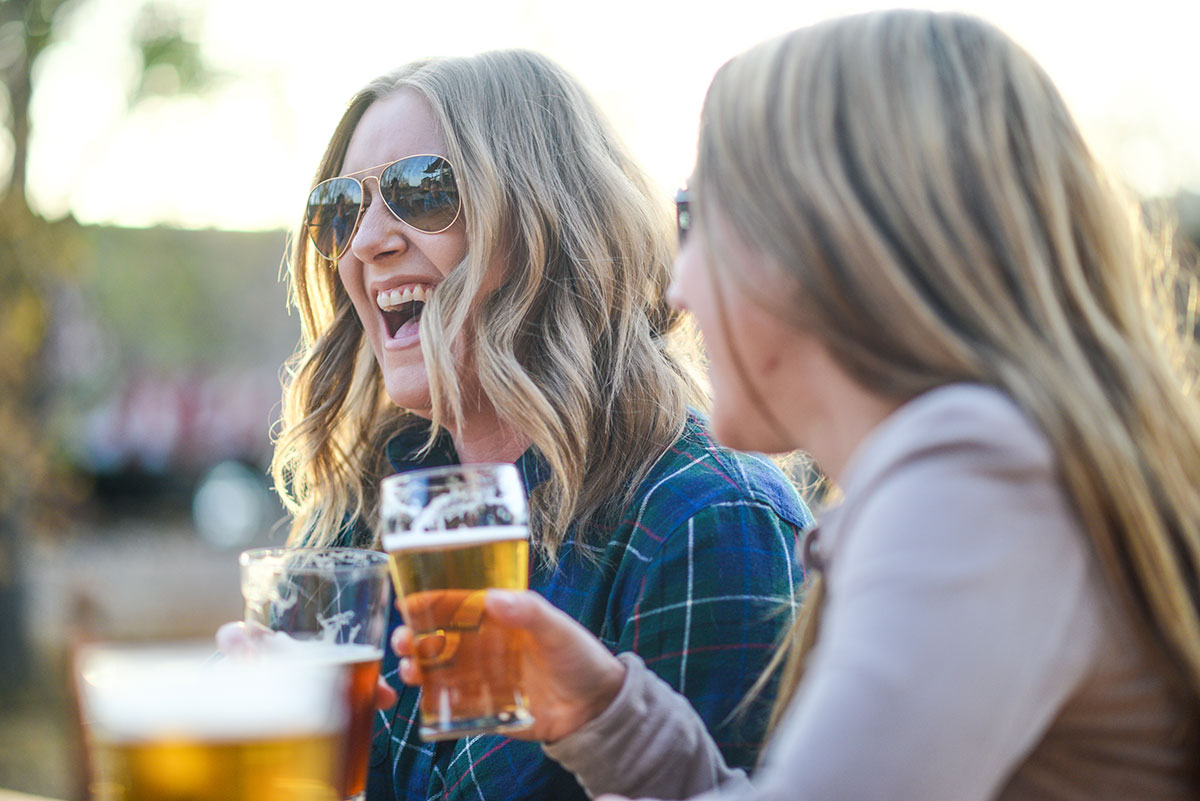 What We Do Know

What We Want To Know

What We Plan To Do

As Simon Sinek, keynote speaker at the 2015 Craft Brewers Conference, shared, “People don’t buy what you do; they buy why you do it.” We in beer would be naive to think that it’s just about what’s in the glass. What many feel they are purchasing from breweries is not just the beverage itself, but who the producer is and what the brewery is about.

So let’s admit as a community that we don’t have it all right. It’s good to desire to know where we can improve, and that can help us on a more inclusive path forward. Let us not be defensive. Let us simply be open to paving a more diverse path that prioritizes inclusive advertising of brands and continued avenues for those most skilled (no matter their race or gender). By doing so, we can organically staff the positions that continue to move the great beverage of beer forward.

A version of this article was originally published in the November/December issue of The New Brewer—a bi-monthly journal published by the Brewers Association.