Brewers and suppliers have well established expectations for managing the quality of malt and hops. A certificate of analysis is made readily available to brewers to help with purchase decisions and to audit the quality management practices of the supplier. Suppliers benefit from a defined approach, appreciating a clear understanding of the best management practices and analytical information expected by their brewer customers. The standardized certificate of analysis helps suppliers market their products alongside competitors and helps brewers select a product that will best meet their needs.

There are numerous benefits to a shared vocabulary in the beer ingredient marketplace, yet there are no agreed-upon set of standards for yeast. Brewers selecting the right yeast species, strain, format, purity, and handling practices for their beers should be provided with a similar level of ingredient information as other raw materials.

Over the past year, the Brewers Association (BA) has initiated the development of an industry standard resource to establish clear and understandable guidance for craft brewers and best practices for yeast suppliers.

If you are a brewer or yeast supplier, please take a moment to complete this brief survey. The data collected will help lay the groundwork for this important resource.

Proposals were solicited in 2019 and, in the following year, the BA began to execute the project with two leading experts in yeast quality management, Dr. Chris Powell and Dr. Chris Boulton.

“Establishing common methods and standards for both suppliers and end-users will ensure that the principles of quality assurance and quality control can be applied by both parties in a proper and effective fashion. These best practices should be understandable and useable by all brewers, from the smallest to the biggest…If we are to develop a set of best practice guidelines suitable for all, it will be essential to carry out a preliminary survey to get information on individual needs and capabilities. This will allow us to identify knowledge gaps, primary areas of concern, and to determine key areas of focus.”

Dr. Chris Powell began his career in brewing at Bass Brewers in 1997 before obtaining a PhD in brewing yeast physiology in 2001. After a post-doctoral research position at Oxford Brookes University, he moved to Lallemand where he was in charge of ensuring the quality of yeast supply (liquid and dried) to a variety of industries, including brewing. In 2010, Dr. Powell took a position at the University of Nottingham in the United Kingdom to deliver Master of Science degree courses in brewing, and to lead a research team focused on yeast and fermentation. He has authored numerous peer-reviewed publications and delivered extensive training on brewing microbiology, yeast, and fermentation for the Siebel Institute (2004-2010) and for the Institute of Brewing and Distilling (since 2012). In addition, he has served on the ASBC board of directors since 2010, as Technical Committee Chair (2013-2016) and as ASBC President (2017-18).

Dr. Chris Boulton earned his PhD in 1982 on the biochemistry of lipid accumulation in oleaginous yeasts and has worked for 35 years in the brewing industry as R&D scientist with Bass Brewers, Molson Coors, and SABMiller, specializing in fermentation and brewing yeast. He is a Brewing Science Lecturer and Honorary Professor at the University of Nottingham, has taught on yeast and fermentation for the Institute of Brewing and Distilling for ten years, and serves as an External Examiner in Brewing Science at Heriot Watt University in the United Kingdom. Dr. Boulton is co-author of two acclaimed brewing textbooks: Brewing Yeast and Fermentation, and Brewing Science and Practice. Additionally, he is author of An Encyclopaedia of Brewing, as well as numerous research papers, book chapters, and review articles. He is currently an independent brewing consultant working with both major brewers and the craft sector. 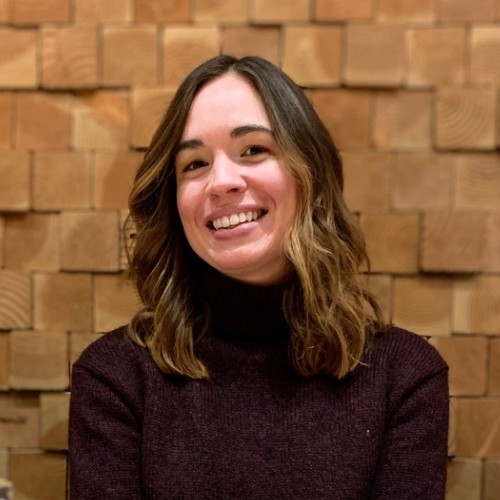 Kaylyn Kirkpatrick is the Technical Brewing Projects Manager for the Brewers Association (BA). Before starting at the BA, Kaylyn managed the Cornell University Brewing Extension program which provides analytical lab services, educational content, and brewing resources to the craft beer community in New York state. Kaylyn earned her bachelors degree in biochemistry from Colorado State University and a masters degree in food science from Oregon State University, where she studied in the Brewing Science Lab. She has a brewing and distilling diploma from the Institute of Brewing and Distilling in London and previously worked as a beer chemist at New Belgium Brewing Co. in Fort Collins, Colorado.