In 2014, the fastest growing markets were Brazil, South Korea, Thailand and the United Kingdom. The strongest growth was found in Brazil, which was up 63.9 percent; Asia-Pacific region (excluding Japan), up 38.1 percent; Western Europe, up 36.6 percent; Canada, up 32.3 percent; and Japan, up 31.7 percent.

The top five markets for American craft beer remained nearly the same in 2014, with South Korea surpassing Japan for fifth place. In terms of market share, Canada accounted for 53 percent of exports, Sweden for 12 percent, the United Kingdom for 10.7 percent, Australia for 5.1 percent, and Korea for 3.4 percent. 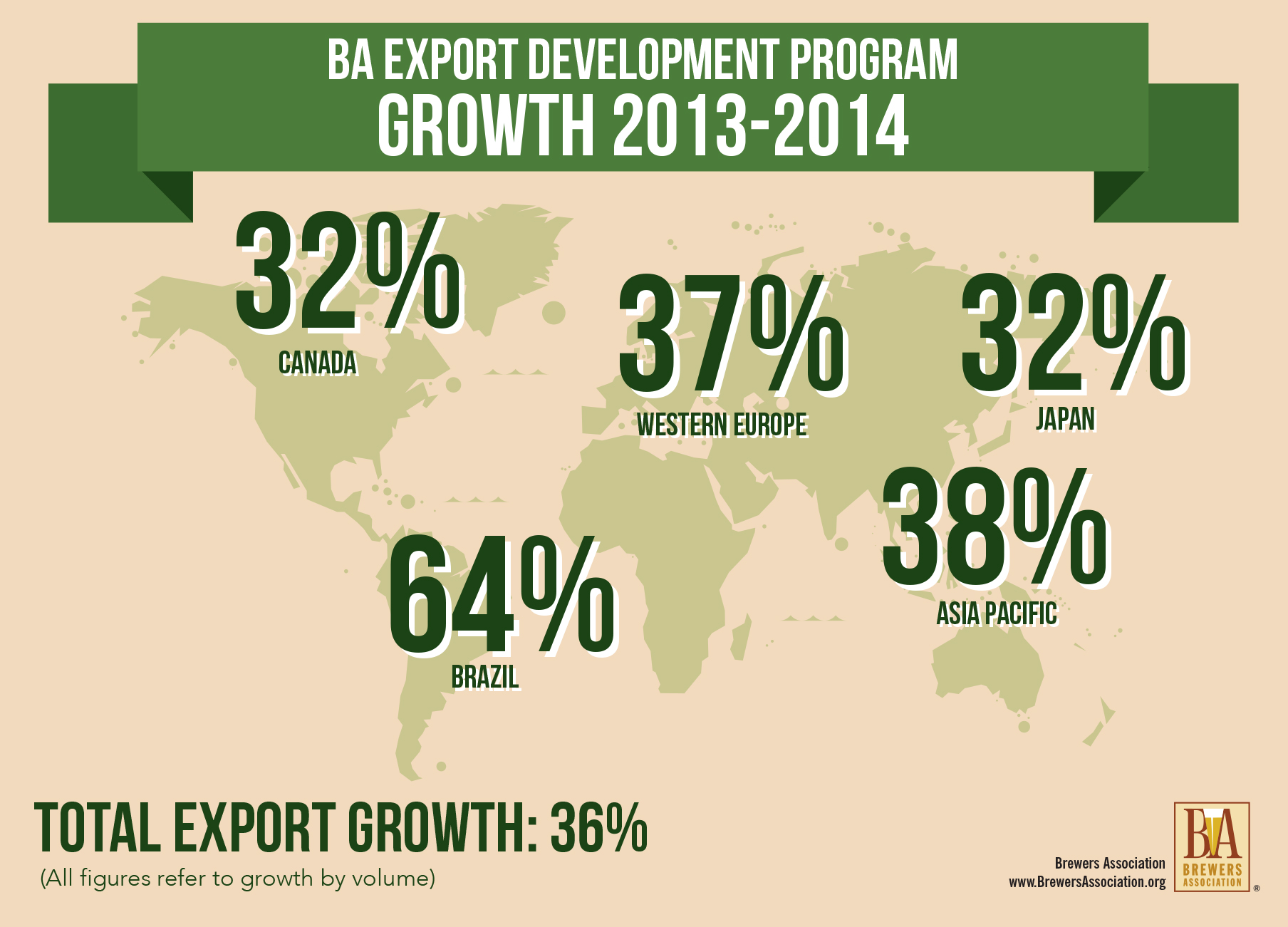 “Small and independent brewers are spreading the culture and community of craft beer around the globe,” said Bob Pease, chief executive officer, Brewers Association. “Beer drinkers internationally are embracing the innovation and flavors offered by American craft brewers. The Brewers Association is pleased to assist our members with increasing their access to markets abroad.”

The EDP, which generates exposure for American craft beer through trade shows, festivals, seminars, media outreach and competitions, among other activities, was initiated in 2004 with funds from the United States Department of Agriculture Market Access Program (USDA MAP). There are now approximately 80 small and independent brewers exporting their beers from the U.S., by EDP estimates.