Nearly 6,600 Entries from 55 Countries Vied for Brewing Glory at the “Olympics” of Beer

Boulder, CO • May 6, 2016—The Brewers Association (BA)—the not-for-profit trade group dedicated to promoting and protecting America’s small and independent craft brewers—announced the results of one of the largest commercial beer competitions to date, the 2016 World Beer Cup. The awards were presented at the conclusion of Craft Brewers Conference & BrewExpo America® in Philadelphia, Pennsylvania.

Entries were judged by an elite international panel of 253 judges from 31 countries. Judges awarded 287 out of 288 total possible awards, reflecting the chance for one gold, one silver and one bronze award in each of 96 beer style categories. A gold award was not presented in the Fresh or Wet Hop Ale category.

A detailed analysis of the entries and awards can be found in the 2016 World Beer Cup Fact Sheet.

“Brewing has no boundaries or borders,” said Charlie Papazian, founder, Brewers Association. “The World Beer Cup recognizes the very best in the global community of brewers—their innovation, creativity and the craft of beer and brewing.”

The 287 awards were won by 253 breweries, with few breweries earning more than one award.

“This year’s judge panel was our most international ever, with three-quarters of judges travelling to Philadelphia from outside the U.S.,” said Chris Swersey, competition manager, World Beer Cup. “Judges commented throughout the week that overall beer quality continues to improve across the spectrum of world beer styles. While breweries may hold the awards, beer drinkers around the world are the true winners.”

The competition also bestows Champion Brewery and Champion Brewmaster awards in each of six brewery categories based on the awards won by each brewery. 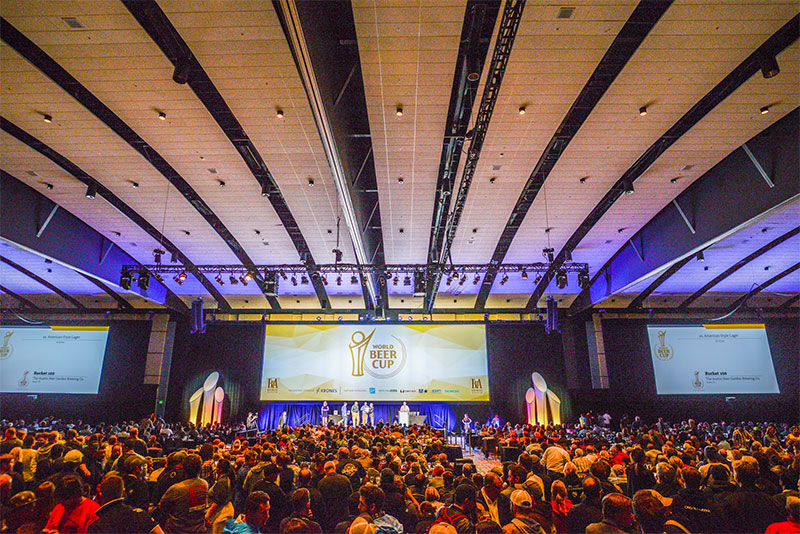 The Brewers Association is the not-for-profit trade association dedicated to small and independent American brewers, their beers and the community of brewing enthusiasts. The Brewers Association (BA) represents more than 70 percent of the brewing industry, and its members make more than 99 percent of the beer brewed in the U.S. The BA organizes events including the World Beer CupSM, Great American Beer Festival®, Craft Brewers Conference & BrewExpo America®, SAVOR℠: An American Craft Beer & Food Experience, Homebrew Con, National Homebrew Competition and American Craft Beer Week®. The BA publishes The New Brewer magazine and its Brewers Publications division is the largest publisher of contemporary and relevant brewing literature for today’s craft brewers and homebrewers.