Medals awarded to breweries from all corners of the country

Boulder, CO • October 13, 2012—The 2012 Great American Beer Festival (GABF) competition awarded 254 medals to some of the best commercial breweries in the United States. Presented by the Brewers Association, GABF is the largest commercial beer competition in the world and a symbol of brewing excellence. View the 2012 winners or download a PDF list of the winners.

Matching its largest field of entries to date, this year’s GABF competition saw its biggest panel of judges ever, with 185 beer experts from 11 countries participating, with assistance from 120 competition volunteers.

2012 Brewery and Brewer of the Year Awards 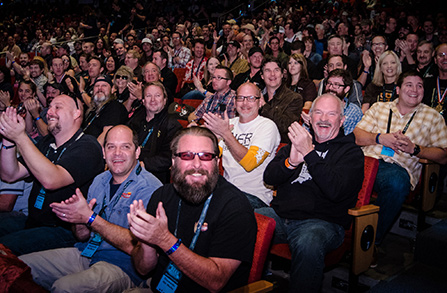 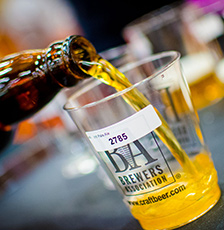 Since 2001, the most-entered category has been American-Style India Pale Ale (IPA), which saw 203 entries in 2012. Beer lovers around the country have shown their preference for hop-forward beers, and breweries are rising to meet demand with an ever-increasing selection of IPAs.

The top five entered categories were:

The 2012 GABF competition featured the new Fresh Hop Ale category, with 34 entries. This category showcases ales that are hopped exclusively with fresh, undried, “wet” hops. The winners in that category are:

The Brewers Association is the not-for-profit trade association dedicated to small and independent American brewers, their craft beers and the community of brewing enthusiasts. The Brewers Association (BA) represents more than 70 percent of the brewing industry, and its members make more than 99 percent of the beer brewed in the U.S. The BA organizes events including the World Beer Cup®, Great American Beer Festival®, Craft Brewers Conference and BrewExpo America®, SAVOR?: An American Craft Beer & Food Experience and American Craft Beer Week. The BA publishes The New Brewer magazine and its Brewers Publications division is the largest publisher of contemporary and relevant brewing literature for today’s craft brewers and homebrewers.