We’re more than a 1/3 of the way through 2018, and like every year in craft, the market continues to evolve. In this post I wanted to check in on the two style trends that Paul Gatza and I mentioned in our “State of the Industry” presentation at the Craft Brewers Conference (CBC) and see if they were continuing in the same fashion in 2018.

Looking at the year-to-date style data underlines how craft continues to diversify and bifurcate, with beer lovers who want bold, fuller-flavored hoppy styles, others who want lighter, crisp styles, and many who are likely drinking both in different occasions. As always, knowing what styles are growing nationally is irrelevant without understanding the variations in your local market and how those styles fit (or don’t) with your brewery and brands.

The first style bucket Paul and I highlighted was hoppy beers. The short answer is that they are still the primary growth driver of craft. Digging in a bit deeper, however, it’s clear that as always, hoppy innovation has shifted the growth within IPA fairly significantly in a short time.

Let’s start by looking at hazy and juicy IPAs and pale ales. These aren’t new to the market, and many brewers have been using them as part of their brand portfolio for several years. What is new is that they are starting to get broad distribution, as opposed to just being sold directly to consumers from breweries or in very local distribution.

It’s hard to measure this style as a unified category in scan, so I built a custom aggregate of all the brands containing the words “hazy”, “juicy”, or “New England” in conjunction with another word denoting a hoppy style (pale, IPA or double word). For a style that only recently showed up in distribution, the numbers are pretty impressive. YTD (through 5/20/18) that brand set represents 1.2% of BA craft by volume in IRI scan, and 1.4% of dollars sales. From 4/2 to 5/20, those numbers rise to 1.5% and 1.8% respectively. To give some perspective, that’s bigger than pilsner within BA craft so far this year. 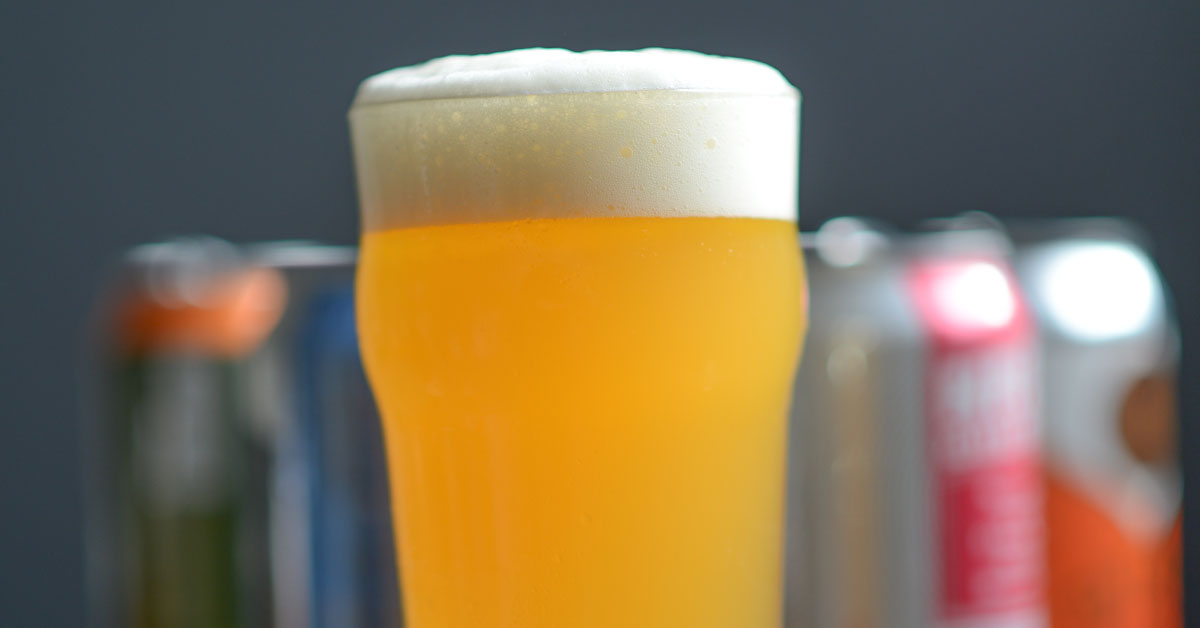 That’s not to say everything is rosy with hoppy beers. Fruit IPA has lost some steam (and is down year to date), and American Pale Ales are also struggling. So far the hazy/juicy/NE growth offsets those declines and then some, but some of their growth may be substitution from other hoppy styles.

Finally, in a development that will shock no one, American IPA is still the top driver of growth. Even if we take out all of the hazy/juicy brands from American IPA, it would still be the top style growth category YTD. And that’s without counting the growth coming from large brewer acquired IPAs.

The other bucket we presented at CBC was lighter craft styles. Here again we see continued growth, but it’s far from universal. The biggest growth styles are American Lager (IRI puts Boston Beer’s new beer Sam ‘76 in that style bucket), followed by wheat ale, blonde ale, and kolsch. Together those four styles are 40% of craft’s incremental volume growth so far YTD.

Like with hoppy beers, in a world with slower growth, some of that volume is likely coming out of other style buckets and brands. BA craft pilsner is down YTD. Vienna amber or red lagers are down sharply again. Hefeweizen is down. So its clearly not an effective strategy to simply make lighter styles – the type of beer and how it is presented matters.

I’m bullish that the larger umbrella of lighter styles and lagers will continue to grow in craft.

Even with that mixed record, I’m bullish that the larger umbrella of lighter styles and lagers will continue to grow in craft. One reason why? Craft drinkers are telling us they are more interested in these styles than they were a few years ago.

Here is a preview of some of the data we gathered in our annual Craft Insights Panel with Nielsen. (Power Hour coming soon!)

We asked 1,000+ nationally representative craft consumers what types of craft they are more or less interested in drinking versus a few years ago. The top selected style for “more interested” was “Crisp (i.e. balanced/clean beers, not too malty/hoppy),” with 47% of craft drinkers selecting the style.

More info on that finding including demographics and the comparison with other style buckets will be available to BA members soon.