It’s been about a year since I last looked at craft beer packaging. Since that point, a lot has changed. The biggest shift has been the continued increase in share by cans. Although bottles still remain the majority of packaging for craft brewers, as the chart below shows, can volumes, and their share of craft sales, have continued to rise on a fairly consistent basis over the past few years. All scan data presented in this piece is IRI Group scan data for BA-defined craft across the total U.S. and for their broadest channel (as always, caveats apply about using scan data). 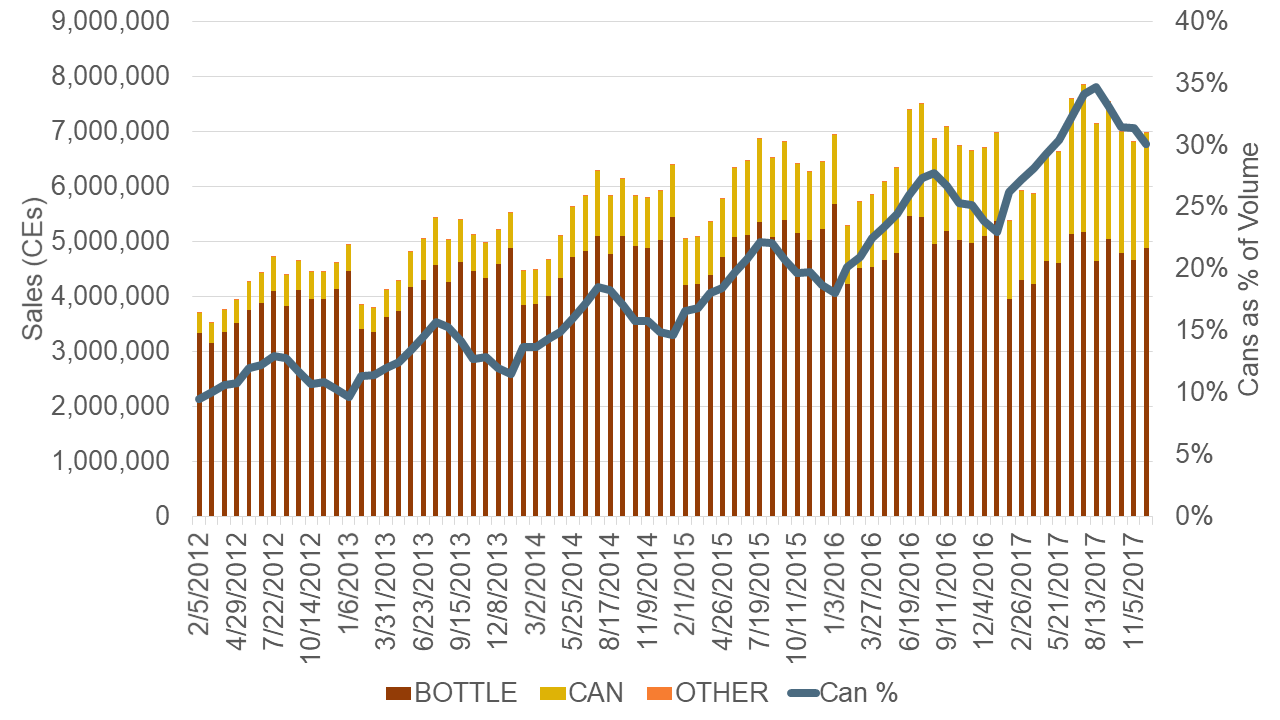 Based on the 2016 Brewery Operations and Benchmarking Survey, I estimate that craft brewer production volumes are roughly 41.4% draught (either kegged or via brite tank) versus 58.6% packaged. Cans rose to 16.7% of total craft production, against 41.9% for bottles, meaning that cans are 28.5% of packaged production. Scan was a bit less bullish on cans, and had the percentage at 24.5% of scan packaging in 2016. Keep in mind that scan over-indexes on regional craft brewers, who tend to have a higher percentage of bottles in their packaging mix, so the actual percentage may have been closer to the surveyed figure. With another year of growth, the 2017 scan figures are actually a bit higher than the benchmarking results, with cans representing 30.9% of packaged volume in 2017 (through 12.24.17). If we use the same draught/packaged breakdown from benchmarking, that would make cans ~18 share of overall craft production.

In scan, we can attribute the growth in cans primarily to two things: shifting mix within breweries and patterns of growth, where breweries that have higher can share are growing faster than those with lower share. This is almost entirely a size effect, where smaller brewers tend to be growing faster.

Looking at 2017 data YTD through 12.24.17 versus the previous year, cans added 6.2 million incremental case equivalents (CEs) to BA craft in scan (from 20.5M CEs to 26.7M CEs). This growth was roughly split from brewery growth (breweries grew, and so even if their packaging mix was constant, cans would have grown) and shifting packaging mix (independent of growth). Here’s a visual breakdown. This also shows an interaction effect (breweries growing and changing) and the new can volume from completely new breweries.

Can Growth by Source 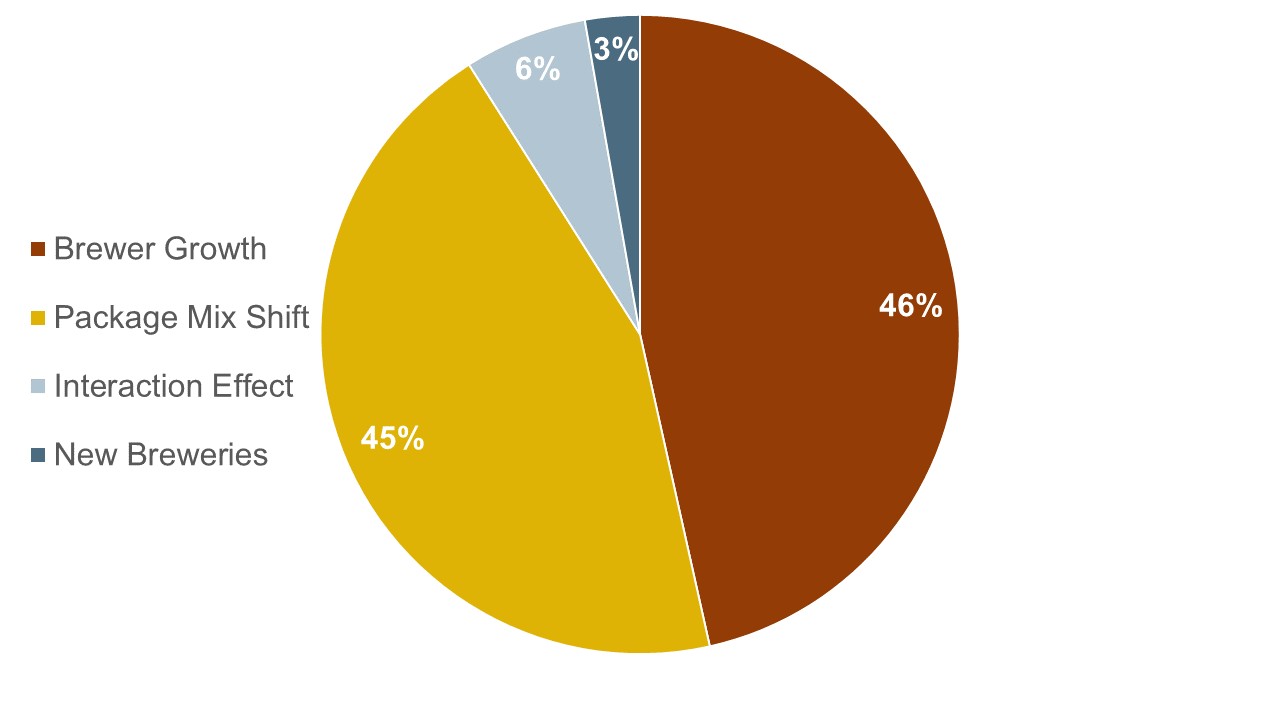 This is an overly simplistic view, since there could be different things going on at the brand level, but it shows that the overall growth in cans isn’t just a shift in what brewers are using. If that was all that was going on, can growth would have been half of what it was. Which brewers are growing, and their packaging mix, is also really important. As hinted at earlier, this is basically a size effect.

You can quickly see how a growth effect based on size comes about. Smaller brewers tended to be more heavily in cans in 2016, grew faster in 2017, and shifted more heavily toward cans in 2017.

This means that craft would have seen a shift toward cans even if no one changed their packaging decisions at all, simply based on the fact that smaller, more can-heavy brewers were on average growing faster than brewers a notch or two larger.

Change in Beer Packaging Mix, Breweries by Net Can % Change 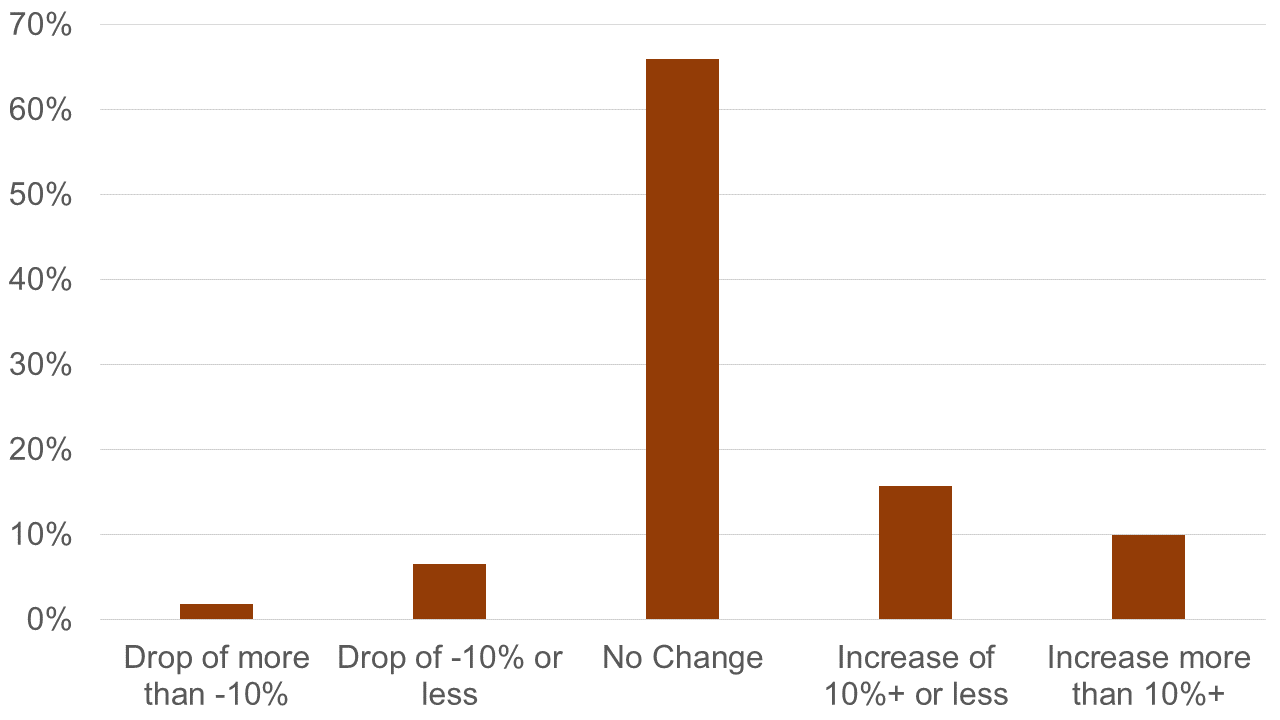