Unless you have been on Mars for the last few days, in a cave, with your eyes shut and your fingers in your ears, you have probably heard that 10 Barrel Brewing Co. has been purchased by Anheuser-Busch InBev. While Paul Gatza already did an excellent job covering some of the issues this raises, I wanted to add my own voice on why brewery independence matters.

The craft brewer definition has three pillars—one of them is independence: “Less than 25 percent of the craft brewery is owned or controlled (or equivalent economic interest) by an alcoholic beverage industry member that is not itself a craft brewer.”

Why is this so important? For me, this pillar goes right to the heart of what it means to be a craft brewer. Erol Sozen and Martin O’Neill of Auburn University recently did a study where they asked brewers what their primary motivation was to get into craft brewing. The second highest rated response was:

“To have considerable freedom to adapt my own approach to my work.”

If that’s not a cry for independence from the craft brewing community, I don’t know what is. (number one was “to continue learning” and near the bottom was a “desire to have high earnings”). Craft brewers clearly like being able to do what they want and experiment how they want, without undo influence from other companies. 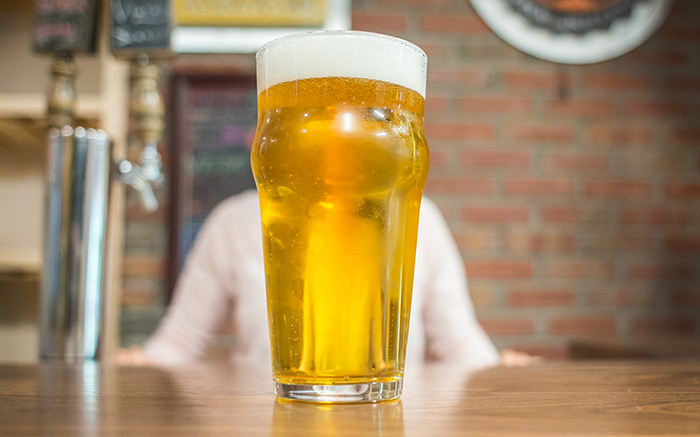 Now, I have heard a few commentators suggesting (and some of the big brewers implying) that the entry of private equity into craft is essentially the same thing as large brewers purchasing craft brewers. Nothing could be further from the truth. If you really can’t see the difference between someone with capital taking an equity stake in a brewer and one of the largest brewing companies in the world doing the same, here are a few of the differences:

1. No private equity firm also owns the largest distributor in the country (perhaps the second largest once the Reyes acquisition of Gold Coast is completed). Note: If they did, any breweries they owned more than a 25% stake in would also violate the independent tier. Independence is something the BA believes in throughout the three-tier system and the BA position statement on wholesaler independence is crystal clear: “State laws should support an independent distribution tier that is unencumbered by undue influence, ownership or control by the largest brewers and ensures access to market for all brewers.” Who do you think has easier access to market, a craft brewer or a brand owned by ABI and distributed through branch wholesalers?

2. Capital may help purchase raw materials, but it doesn’t connect you to the world’s largest purchaser of the raw materials that go into making beer. Any brand owned by ABI immediately ensures they no longer will experience another hop or malt shortage. No craft brewer can “pick up the phone” and “use a little clout” to get special hops from Poland.

3. Similarly, financial firms don’t own a network of other breweries around the country, allowing brands to achieve a level of scale overnight, that is the opposite being a small brewer. This is not just about growth potential. Scale allows market activities (like cutting keg prices in half in Ore. and Wash.) that simply are not feasible for craft brewers, even with influxes of outside capital.

That’s just a start, but all of these are things that matter to other independent craft brewers. Those brewers are working to build their brands on their own, experiencing the same challenges growing their businesses as 10 Barrel was, and will have to keep doing so without any of the advantages listed above.

So to insinuate that brewers who take outside capital to help them grow are anything like brewers who join up with a multinational company that makes what 10 Barrel makes annually (~40,000 bbls) in an hour, every hour, all day, every day, all across the world, is just silly. I wish nothing but success to the 10 Barrel team, but the reality is that they now have more room for error than an independent small business.

Finally, independence hopefully does not just matter to other brewers, it also means something for beer lovers. A Nielsen panel in March of 2013 found that 28% of respondents chose that they “like something local” as a primary reason for purchasing craft beer. Liking “something local” has many dimensions, but if those respondents were anything like me, I hope they meant going beyond where the beer is being made, and were indicating that they liked the idea of supporting an independent businesses, where local does not just mean a brand that started locally, but is something more.