Dear airline executives (particularly those at United and American),

You may have noticed recently that Delta Airlines is now offering a variety of beers from regional craft brewers on some of its domestic routes—they aren’t the only ones—Jet Blue has increased its offerings. My last flight on Frontier had me weighing the options of Fat Tire vs Dale’s Pale Ale. Virgin America is offering 21st Amendment, Anchor Steam and Sam Adams. Alaska has carried Alaskan beer for years, and just announced a new partnership with Saint Archer. Sun Country is turning surly passengers into repeat customers with their selections. I’m sure there are more.

Why are airlines serving craft beer? Because it makes sense. 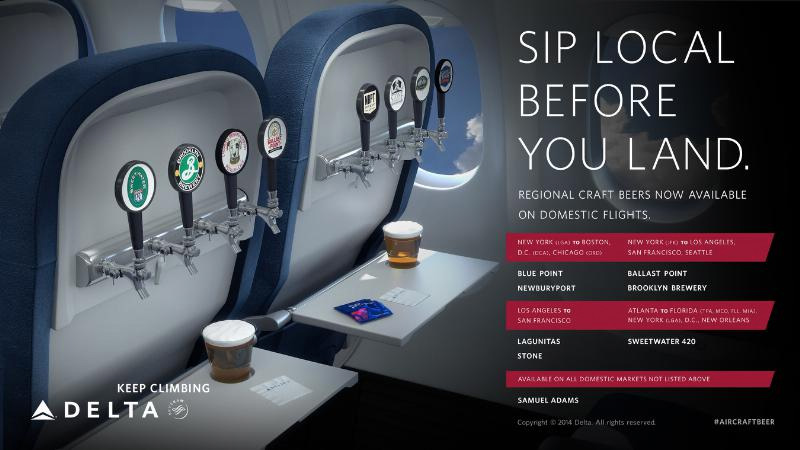 More importantly for you, the demographics of craft beer lovers are highly aligned with typical airline passengers, and probably more likely to be aligned with passengers than your typical beer consumer.

United, in your passenger demographics, you note that Mileage plus members over-index in the 35-44 age bracket, are more likely to be married, have higher rates of post-graduate degrees and typically have higher household incomes (index measures a value relative to its percentage in the population – so an index of 150 means a group is 50% overrepresented relative to their population size [index of 100]).

Pretty much sounds exactly like your Mileage Plus members. I know, I’m one: a married, 34-year old with a post-graduate degree that isn’t going to buy a light lager but would definitely buy a fuller-flavored beer from a craft brewer on the majority of my ~50 flights a year.

Worried about packaging? Craft brewers have really embraced the can in recent years. Check out CraftCans.com for a full listing; you’ll see that there are a lot to choose from these days.

Need more evidence? A recent analysis for the Brewers Association by Nielsen found that Hemispheres and American Way both fell into the “High Index” category for craft beer, with indices of 177 and 150 respectively. The only magazine that had a higher index was Spirit, and guess what, Southwest is expanding its craft beer selection!

So to sum it up: craft beer lovers look a lot like people who fly a lot. Why not give them in the air what they’ve already proved they love on the ground?