The Brewers Association (BA) Export Development Program (EDP) works to inform member breweries about opportunities to sell and promote their beers in targeted global markets as well as educate international trade and media about proper storage and care for craft beer as well as the collective quality and diversity of styles created by small and independent American craft brewers. 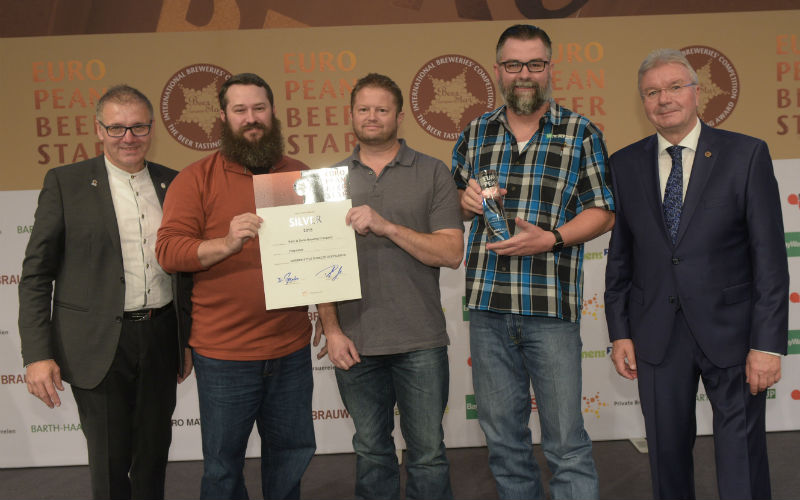 The EDP sees international competitions as a key mechanism by which to generate publicity for the U.S. craft beer industry and assist EDP subscribers with gaining attention and distribution for their brands in select target markets. As such, the BA covers the cost of a consolidated airfreight shipment to each competition and covers the entry fee for up to three brands per brewery in select international competitions for its member breweries.

2018 marked another year of success for EDP breweries in the European Beer Star and Brussels Beer Challenge. Both of these competitions continue to serve as valuable opportunities to spread the word about American craft beer in Europe and beyond. In total, member breweries won 30 awards at the European Beer Star and 50 awards at the Brussels Beer Challenge.

The Brussels Beer Challenge aims to promote the beer industry in a market that is not only a benchmark for beer, but also home to connoisseurs. Over three days, a tasting panel of 85 internationally renowned beer connoisseurs taste more than 1,500 beers from all over the world. The participating beers are divided into categories based on origin, type, and style, and then evaluated. At the end of the three tasting days, the best beers in each category, will be awarded a gold, silver, or bronze award.

The European Beer Star, now in its 15th year, is one of the most recognized beer competitions in the world, committed to the traditional European art of brewing. The competition evaluates beers on the basis of purely sensory criteria, and is limited to beer categories that originated in Europe. Overall, in the European Beer Star competition, there were 2,344 beers from 51 countries.

Judging of the beers was performed by an international expert panel at the Doemens Brewing Academy in Gräfelfing near Munich, including 144 beer and brewing experts from 32 different countries, one of whom was EDP manager Steve Parr, who was invited to serve as one of three U.S. judges in this year’s competition.

The award-winning breweries are listed below—congratulations to all the winners!

Steve is Export Development Program manager at the Brewers Association. In his role, Steve educates international trade and media about the quality and diversity of products offered by the American craft brewers and helps member breweries grow their business in international markets. Prior to his role as EDP manager, Steve spent six and a half years as the assistant director of the American Homebrewers Association helping small & independent brewers and homebrew retailers expand their reach among homebrewers. He lives in Boulder, Colo., where he is a homebrewer, Certified BJCP beer judge, and Advanced Cicerone®.