Tax Reform: Will They or Won’t They? - Brewers Association
Skip to content

Sam and Diane. Ross and Rachel. Dwayne and Whitley. Chuck and Blair. Congress and…tax reform? Like many of the great shipped couples throughout television history, Congress has been openly flirting with comprehensive tax reform for years. Will 2017 finally be the year they get it done? And if so, how will it impact breweries?

As you are undoubtedly aware, the Brewers Association has been working with a coalition of associations in support of reconfiguring the federal excise tax imposed on alcohol producers. The legislation, known as the Craft Beverage Modernization and Tax Reform Act of 2017 (H.R 747/S.236), has accrued strong bipartisan support. When Congress broke for recess, the legislation known as CBMTRA had 252 co-sponsors in the House and 46 co-sponsors in the Senate. Despite such strong support, CBMTRA is the type of legislation that needs to be attached to a larger bill. In the past, we have looked at the FAA bill and tax extenders packages as potential vehicles. A large tax reform bill could potentially be a perfect fit for a piece of legislation like CBMTRA.

The last time a major tax policy was enacted was when Congress passed the Tax Reform Act of 1986, a bill that is likely older than the majority of beer drinkers at your brewery on a Saturday. Congress has tried multiple times over the past 30 years to pass broad, comprehensive tax reform, but has only succeeded in small changes here and there. But it is sweeps season in Washington, D.C., and it looks like the stars might have finally aligned. The presidency, House majority, and Senate majority are all held by Republicans who have made tax reform a key part of their political and legislative platform. The administration, House Ways and Means Committee, and Senate Finance Committee issued a joint statement about working together on tax reform.

But like all good television, nothing can be accomplished without a little drama. And the past year in politics has been nothing short of dramatic. The healthcare bill was the first major piece of legislative action the legislature took on, and it did not end the way the Republicans hoped. Tax reform could prove to be just as, if not more, difficult. Outside influences like the budget, debt ceiling, and domestic and foreign issues could derail Congress’s tax reform efforts.

How the Craft Beverage Modernization and Tax Reform Act plays into this is yet to be seen. Beer and federal excise taxes are the quirky best friend, a crowd favorite but not big enough to carry the show on its on. We will need to wait and see the text of the tax reform bill, which has been kept well under wraps. 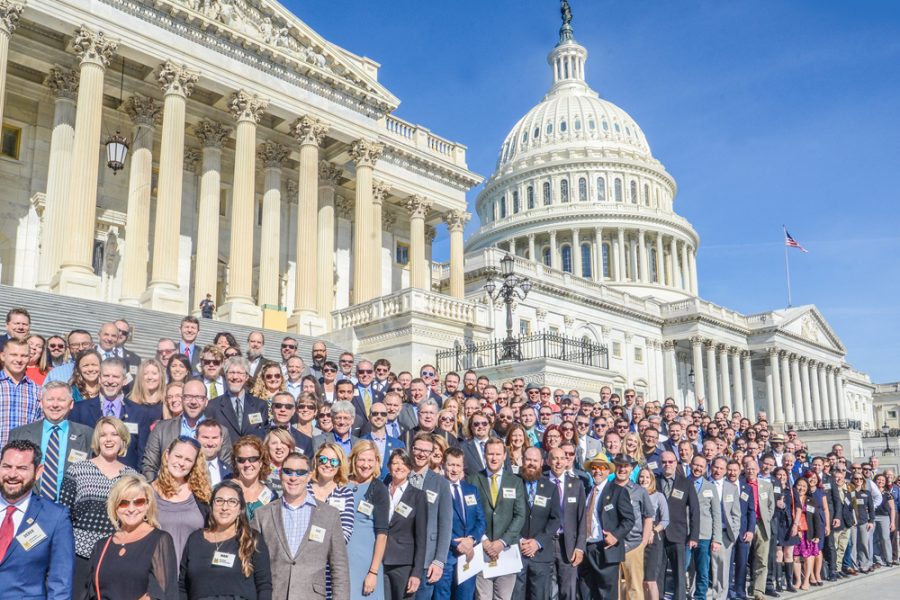 Will it be a broad bill that includes a wide array of tax issues including tax breaks and extenders? Or will it be a simple bill that focuses solely on lower corporate tax rates? If CBMTRA is going to be included in any bill, it will likely be the former. A large bill will include provisions from all types of industries. The federal excise tax is an additional tax that alcohol producers are required to pay. It doesn’t necessarily fall under the proposed corporate cuts that the Ways and Means Committee mentioned in its blueprint. Key players on tax reform have already stated that they want to pass the bill in 2017 (2018 is an election year for all House members and some Senators) and that they hope to start mark-ups on the bill by the end of September—so we will know what’s in the plan soon.

The Brewers Association has been working with a coalition of alcohol producers, manufacturers, and agriculture groups to pass CBMTRA. Most recently, the American Farm Bureau and the National Association of Manufacturers have come out in support of CBMTRA, sending letters to the House and Senate. The support of these two influential organizations in Washington, D.C. (our show’s celebrity guest stars), coupled with a growing list of co-sponsors and active Congressional champions touting the legislation, is what will help move our bill forward.

Brewers Association members can help. Now is the perfect time to reach out to your legislators in the House and Senate and let them know that you want the Craft Beverage Modernization and Tax Reform Act included in any tax reform legislation introduced in this Congress. Your outreach will make a difference. If 4 more Senators cosponsor the bill the CBMTRA will be have the support of more than half the U.S. Congress.  You can easily connect with your legislators by using the CBMTRA contact form.

We will have to wait and see if Congress will finally be able to pass their long-sought-after tax reform bill, but what we do know for sure is that the Brewers Association will continue to play an active role in the narrative going forward. If the opportunity doesn’t arrive for a role in this episode, we still have the chance to star in future spinoffs!

Get in touch with your Member of Congress and make sure that they know that you support the CBMTRA.