So much has changed in the world of America’s small and independent craft brewers since I became the Brewers Association (BA) craft beer program director in 2007. The segment has grown exponentially as the total number of U.S. breweries leapt from 1,460 to more than 4,600, and we’ve seen the localization of the beer movement truly driving trends—and driving the land grab to be known as a craft brewer.

You, today’s small and independent craft brewers, have a unique story to tell and a collective voice that was not always present in years past. But as the value of the term craft has grown, it’s gotten harder and harder to navigate the data that claims to represent craft brewer sales. Perhaps you too are scratching your head over what counts as craft data? Read on as I dissect this dilemma.

Each data company is sharing what is valuable to its customers, meaning the ones who purchase the data. And for better or for worse, those customers include the large global brewers who have a voice in how the numbers they purchase are being measured, collected, and provided.

I see a lot of data, but often cannot tell what is included (or not) in the numbers. So I reached out to several prevalent data companies and asked them:

What I found was a cornucopia of differences. Each data company varied in what they included in their numbers, and in how much overall sales were captured. Although each and every data stream has value, it’s important to remember that they are not always telling the same story. Generally, most data companies share what is valuable to its customers, meaning the ones who purchase the data. And for better or for worse, those customers include the large global brewers who have a voice in how the numbers they purchase are being measured, collected, and provided—and who have moved in on the growing value of the term craft. 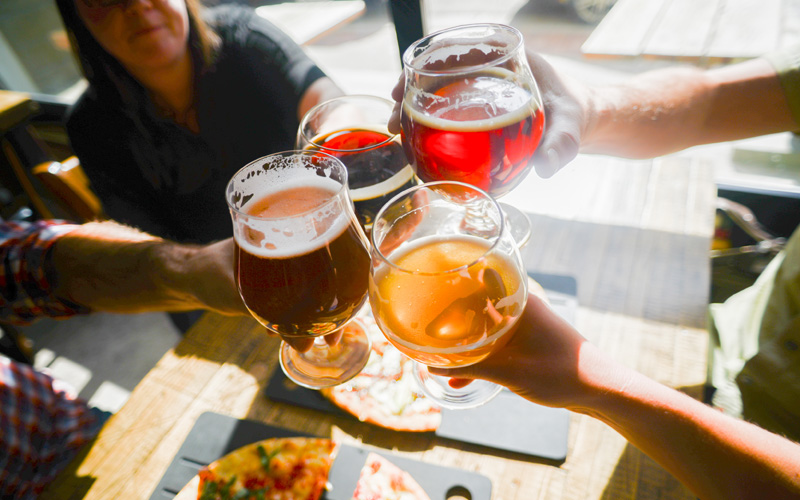 The Value of BA Definition Data

The Brewers Association’s definition of a craft brewer differentiates the 99 percent of today’s U.S. brewers who are small and independent. These characteristics resonate with beer lovers. For example, in June 2016, 63 percent of craft beer lovers in a Nielsen survey said that when purchasing beer in a bar or restaurant, it has some level of importance to know it was made by a small and independent brewer. Because of this and a variety of other marketplace conditions, the term ‘craft’ has taken on exceptional value.

Statistics based on the BA definition track small and independent brewers as surveyed by the BA, with each brewery (member and non-member) having the opportunity to provide data.

But not everybody uses the BA definition when talking about craft brewers. The way others define craft is often based on a variety of different variables, including price point (and varying price points per case, depending on the data company). Data derived from these other definitions might represent the needs of additional groups, and unfortunately often does not represent the sales of the majority of U.S. breweries—meaning hundreds if not thousands of craft brewers are often omitted from the stats.

What are Others Calling Craft?

Many companies’ craft numbers include brands from the large brewers such as Leninenkugel, Blue Moon and its extensions, Shock Top and others. Not only does this shift and skew the growth figures, but it gives you an inaccurate picture of your target market, as those brands have advantages and are sold in outlets that many craft brewers can’t access.

The good news is that some data companies will provide you with statistics that line up with the BA definition of a craft brewer…as long as you ask them to. So ask them! When you request BA definition craft data, it helps you best tell your story and shows where you stand amidst your true peers.

As for media reporting on craft numbers, if beer is a reporter’s regular beat, they have an excellent opportunity to lead and report the whole story. That means including BA definition data and making it a regular practice to always qualify the craft data they choose to report. 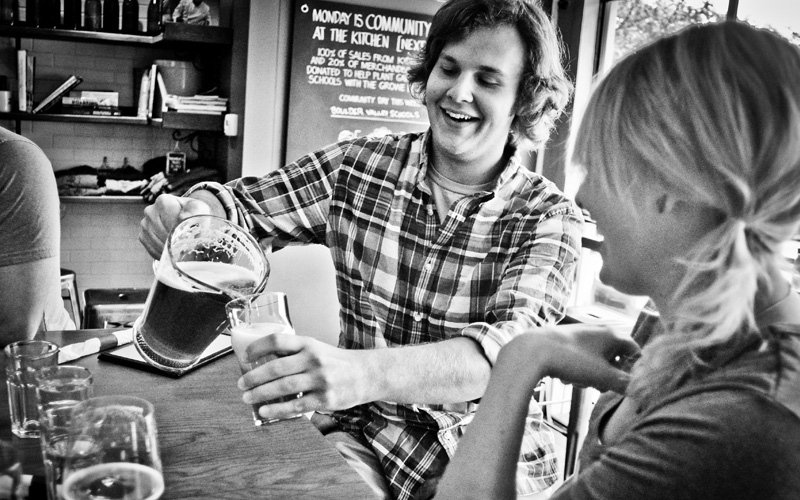 What About the Brewpubs and Brewery Tap Rooms?

We estimate that 65 percent of all beer sold by small and independent craft brewers goes through off-premise channels like liquor stores, package stores, convenience stores, supermarkets and retailers who scan UPC codes at the checkout line. On-premise establishments like restaurants, taverns and bars make up an estimated 28 percent of sales. The final seven percent occurs directly at breweries.

However, most of the media stats you see on craft only represent brand data from off-premise establishments or surveys. Just by virtue of the different brand offerings at these locations, these sales and trends are a very different animal from what beer is doing in on-premise and in brewery tap rooms.

What about fresh beer at the source? Today, there are more than 1,700 brewpubs in the U.S. and more than 2,900 production breweries. These locations serve as the incubators of the entire craft beer movement. So while many data companies and some media chase Wall Street and main street sales, those who want the full picture should find a way to account for sales at the source: small brewery tasting rooms and brewpub restaurants. Think about all those growlers and kegs and glasses of beer not counted in most of the craft data—which usually is already leaving out sales at restaurants.

How Can You Help?

Data companies care about the needs of their clients, and that makes sense. But it often means they are including brands from breweries that don’t meet the BA definition of “small and independent.” In addition, those data streams are missing key pieces of the fledgling fuller-flavored and local beer scene.

Let data companies and the media know you want data that tells your story. Not only will this help you, it helps the public to understand what’s unique about small and independent brewers. We should all strive to make note of not just the source of data, but what portion of the market it represents (i.e. on-premise data, off-premise data, survey data, etc.) and what brands are in the mix. Your story depends on it.