At the Menus of Change conference hosted by the Culinary Institute of America (CIA) in June, CIA chef George Shannon, CIA head brewer Hutch Kugeman, and I spoke on the usage of spent grain in food products.

The CIA has learned a thing or two about spent grain since the fall of 2015, when with the help of Brooklyn Brewery it opened a seven-barrel brewhouse. The facility is part of a class in which culinary and hospitality students are exposed to brewing beer, and produces several different styles of beer that are sold on campus. Like any brewery, disposal of spent grain is an issue.

What to do with Spent Grain

Most people think of spent grain as a waste product, hence the name “spent” grain. But is it? Some brewing operations have a local farmer pick up their spent grain to use as animal feed, which benefits local agriculture and helps to keep the product out of the waste stream. Others might compost their spent grain or use it to generate energy.

The big challenge of using spent grain is the processing. Spent grain contains a large amount of sugar, proteins, and minerals, which can encourage microbial growth if the grain isn’t quickly dried, refrigerated or frozen. If allowed to sit too long at room temperature, spent grain can easily go sour. In addition, if you want to turn your spent grain into flour, you need a grain mill. The size of the mill depends on the amount of spent grain you want to process.

To dry spent grain, first squeeze out as much liquid as possible. You can even place the grain in a colander and let the extra liquid drain out. Next, dry the grain using a food dehydrator or your oven. For oven drying, place the spent grain on a sheet tray about ¼-inch thick and place the grain in a 175-degree oven for about six hours. During the drying process, you’ll want to turn over the grains to ensure that the moisture decreases evenly. If you dry the grain at too high of a temperature, you may darken the color.

One of the easiest ways to use spent grain in your kitchen is to purchase a flour mill, grind up some dried spent grain and use it as a substitute for wheat flour. For most recipes, you can mix in 5 to 10 percent spent grain and most guests will not even know the difference. Check out Brooklyn Brew Shop’s website for a great collection of spent grain recipes. 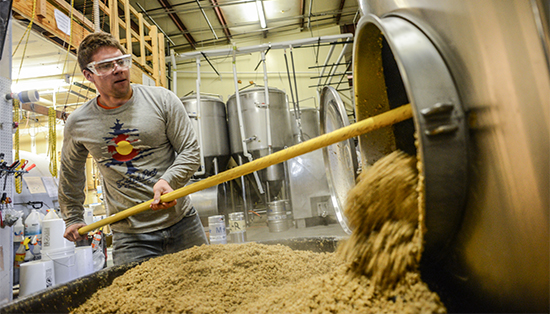 A note of caution: Spent grain will retain more moisture, so you might need to adjust the amount of liquids you add. Also, spent grain can darken the color of a baked good or dish.

Not all spent grain is suitable for usage. Any beer that is made with rice hulls can be challenging to use in baked goods. Unless you have a very good flour mill, the rice hulls are hard to break down. In addition, spent grain from beer styles that use a lot of dark malts can have a negative impact on a recipe. With that being said, spent grain with dark malts can be used in pumpernickel or rye breads. It can also be a wonderful addition to chocolate cherry bread.

(MORE: Elevate Your Beer with Food)

Whole spent grain can also be used in the kitchen. You can mix spent grain with nuts, dried fruit and other grains, and add honey or maple syrup to create power bars. Or mix it with quinoa, rice, and/or grits to create a hearty grain bowl that can include a wide range of vegetables, broths, or meats. Spent grain can even be used in a risotto-type dish.

So I ask you: Is spent grain really spent? Or can it be used to create exciting products and develop a new revenue source?

Sift together dry ingredients. Measure out wet ingredients and add separated egg yolks. Whisk the mixture together. Melt the butter and slowly stir into the egg yolk and milk mixture. Whip the egg whites to medium peak. Make a well in the middle of the dry ingredients and add the wet mixture. Fold together. Lastly, fold in the whipped egg whites 1/3 at time into the batter until the mixture is just incorporated. Do not over-mix. Scoop the mixture into a hot waffle iron. The batter can also be used for pancakes. 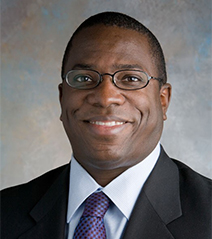 Douglass Miller is a lecture instructor at the School of Hotel Administration at Cornell University, Ithaca, NY. He lectures on restaurant operations and service. He has presented at national beverage conferences including Savor: An American Craft Beer and Food Experience, Craft Brewers Conference, and Tales of the Cocktail. He has been interviewed for numerous media outlets including USA Today Newspaper, Wall Street Journal, and VICE Media. Before his previous position as CIA faculty, Doug held extensive restaurant and dining room management positions with Four Seasons Resorts and Hotels.