Taproom Member Interview: The Brewers Association (BA) Taprooms Committee is in the process of writing a comprehensive Taproom Resource Guide, which will be a curated list of information and links for anyone interested in planning, operating, or improving a taproom brewery. The guide will include interviews like this one of taproom brewery members sharing their experiences with certain aspects of opening and running their businesses. Interested in sharing your story? Join the conversation on the BA Taproom forum board.

1. Before you opened your taproom, what was your original plan to provide food, if any, to your customers?

We opened Mountain Cowboy Brewing in December 2017 in the little town of Frederick, Colorado. At the time, Frederick was a small bedroom community of around 10,000 that was close enough to Denver and Boulder where most people who lived here would make the 20-mile commute to work each day in exchange for living in a quiet town with a much lower cost of living than the big city. Our business plan was designed around a 10-barrel brewhouse with an inviting, cozy, comfortable taproom space where locals could hang out and enjoy a cold craft beer.

Prior to beginning construction on the space, the business plan evolved to include a small coffee roasting operation, and now Mountain Cowboy was a coffee shop and craft brewery. With the introduction of coffee service to the taproom, the need for ice prompted a requirement to obtain a health department license which wouldn’t have been required had we opened as a brewery taproom only. Since we were required to obtain health department licensing anyway, we decided to add a small kitchen with the thought of offering pastries and baked goods in the morning along with coffee service, and small shareable plates and appetizers in the afternoons and evenings. Now Mountain Cowboy was a restaurant, which we had originally no desire to be. We proceeded to build the location according to the revised plans and opened the day after Christmas in 2017.

2. What was your customer’s response and feedback to your food model?

In a small town, people get pretty excited when a new business opens in their little downtown area. The word got out that a new restaurant (not a brewery) was opening in the old Clark Lumber building downtown. People flocked to our grand opening, expecting to have a hostess greet them at the door and seat them at a table where they would order food from the menu and maybe a Coors Light. They were expecting Applebee’s or Chili’s! We were operating like basically every other brewery taproom in Colorado, where you order at the bar, find a seat, and then come back to the bar when you’re ready for another beer. It didn’t work! Many people came once and never came back because it wasn’t what they were looking for, while many others walked in, turned around, and left without even giving us a try because we didn’t have a menu with ten varieties of burger. We struggled for several months with trying to maintain our brand and our identity while working to provide what the customer base was asking for. After four years, it’s still a constant struggle.

3. How has your food model evolved since you opened your taproom?

We began to change and grow our food menu to try and accommodate a larger demographic but we quickly realized that our very small kitchen was not conducive to serving a full menu every day. We developed a menu with shareable plates and appetizers that we could provide all the time and then a daily special item and soup of the day that was a more substantial meal. There were two pizza places in the downtown area and we allowed customers to order from either of these locations and eat in our taproom as well. It was overwhelming with only one person in the kitchen baking all the pastries each day, as well as preparing, prepping, and serving all the food every evening. So, we came up with the idea of “Food Truck Friday” where we would bring in a local food truck on Friday evening and close our kitchen to give us a break. It was a hit! Customers were enjoying the variety of being able to choose from our menu or order pizza from one of our neighbors and then have another option available every Friday. Not long after that, another restaurant opened up next door with very limited seating, no liquor license, and a different menu offering burgers, sandwiches, street tacos, etc. It was a match made in heaven and we allowed them to set up delivery service from their location directly to customers seated in our taproom. Now you could get pizza, a burger, a sandwich, tacos, a shareable appetizer, or something from the visiting food truck. We hired a kitchen person to take over some of the responsibilities of prepping and serving and even started bringing on additional offerings from our menu.

4. How has the COVID-19 pandemic affected your taproom’s food model?

Once the pandemic hit in early 2020, we closed down the taproom for inside seating and started serving only to-go options for coffee, espresso, beer, cocktails, and pastries. Our kitchen service in the evenings basically stopped at that point. For whatever reason, our homemade cinnamon rolls became the talk of the town during the pandemic closures. We went from selling four dozen each week to selling eight dozen each morning within a couple of hours. There were lines forming outside every day before we opened the doors. Now, once we were able to open back up again for indoor seating, our kitchen was so busy making cinnamon rolls that we couldn’t serve any of the other food items we had previously provided.

It was time to adapt and change again, so we started bringing in food trucks on Saturdays and some Sundays as well. Another small deli serving German specialties opened up on the other side of us and we allowed customers to order from the deli and eat at our location if they were ordering drinks from us. Our baking operation grew to the point where we are now expanding and building a separate bakeshop in the back of our building that was previously occupied by an accounting firm. This will hopefully allow us to open back up the original kitchen to start serving the food items that we previously provided. We still allow customers to order from any of our neighboring restaurants and we still bring in different food trucks every Friday and Saturday. It’s a win-win for us and the other small businesses in our area that have great food offerings but have limited seating and no liquor license.

Mountain Cowboy is now widely known in the area as a place where you can get great craft beverages but also a wide variety of food options available every day. It works for us at this location but most likely wouldn’t work as well in other locations. We are currently under construction on a second location about 20 miles north of Frederick that will have similar offerings to our original location. We are fully expecting and prepared to change these offerings based on customer feedback and demographics of that specific location. We believe that much of our current plan will work at the new location but we will need to be ready to adapt to a different customer base as they get to know us.

5. What are some lessons learned when it comes to providing food to your taproom’s customers?

Location truly does matter. You can do all the research and have what you believe is the best business plan going into opening day, but you have to be prepared to be open to change, flexible, and willing to adapt to the needs and desires of your customer base. Your customers will tell you what they want and it’s up to you as the business owner to decide if you are equipped, willing, and able to provide those services. As small business owners, we are stretched to the limit and placed outside our comfort zone on a daily basis while we figure out what works and doesn’t work in each particular location. In the current market, the businesses that survive appear to be the ones that are willing to grow and change organically in response to the wants and needs of the location-specific customer base.

Long story short, food should be an essential part of the business plan for any new brewery taproom. Do your research, plan ahead and don’t make food an afterthought of your business. Our experience tells us that today’s taproom customer is looking to have all of their food and drink needs fulfilled at one location. There are too many other options that offer local craft beer and food (at least in Colorado and the Denver metro area). The days of operating as strictly a tasting room for a brewery with no food options might be gone.

However, don’t fall for the trap of trying to be everything for everybody. You will hear “you should do this” or “you should do that” constantly from your customers. Do your best to stick with your brand and what you are good at and find other options or avenues to provide additional goods and services. Food trucks are a decent option but they can be unreliable and inconsistent at times. Partnering with other local restaurants can be a great option but service issues can arise and quality can be compromised at times, which reflects poorly on your business. Adding a kitchen to your taproom isn’t always the best option but sometimes it might be your only option. We prefer to provide a variety of options and have backups available whenever possible in case one option falls through. It has worked for us…to this point. 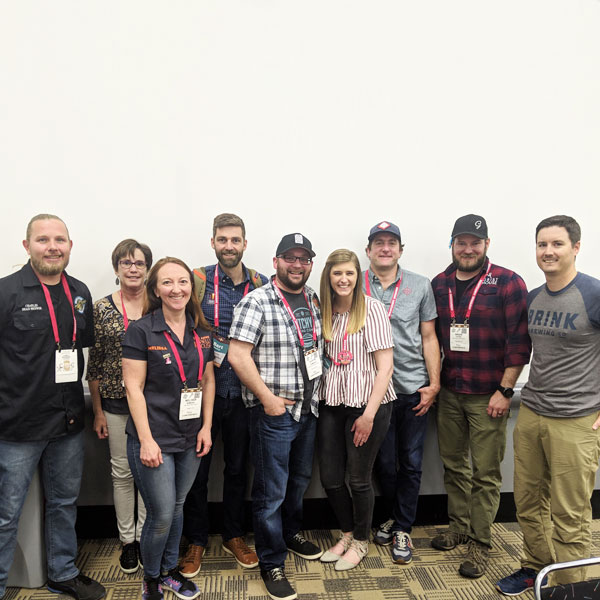