As federal affairs manager for the Brewers Association, I have been fortunate to be a part of some great legislative and political successes in Washington, D.C. One of the things I am most proud of is my work with the House and Senate Small Brewers Caucuses. With 227 members, the House Small Brewers Caucus is the largest special interest caucus on Capitol Hill, growing alongside the equally flourishing Senate Caucus. The caucuses are a way for the Brewers Association to educate and entertain members of a broad bipartisan group.

Within the caucuses, we have had the opportunity to discuss issues ranging from the hop supply chain to military veterans who own small breweries. This year, the BA hosted a miniature SAVOR event on the hill where we spoke about beer styles and flavor, highlighting food and beer pairings. Our most recent event continued our educational work by focusing on the history of American craft brewing. At that event, we were fortunate to have Theresa McCulla, historian of the American Brewing History Initiative at the Smithsonian’s National Museum of American History, speak to members of the House Small Brewers Caucus.

Although it was only a few short years ago that we surpassed the largest number of breweries operating in the United States, brewing has a long history in our country, dating back even before our founding fathers started homebrewing. The American Brewing History Initiative and McCulla’s position, which are in part thanks to funding provided by the Brewers Association, are helping to correct the misconception that American craft brewing is a relatively young industry. 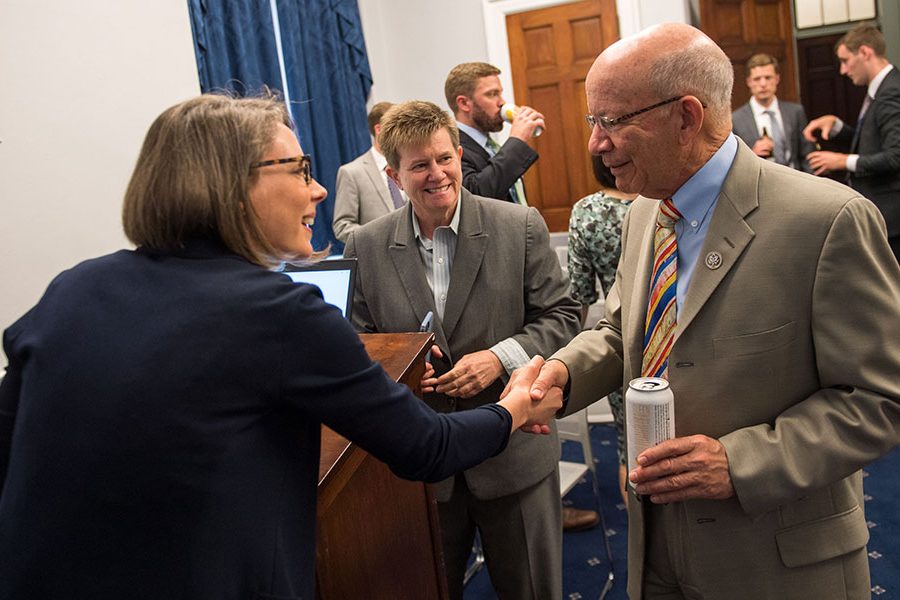 McCulla’s work involves capturing and preserving America’s craft brewing history, and she has quickly become known to many as the “beer historian.” At the recent House Small Brewers Caucus event, her fascinating presentation touched briefly on early American brewing history, Prohibition, and the rise of homebrewing and craft brewing from the 1970s to today. She then provided a glimpse into what her job entails, discussing the various artifacts and information she is collecting, and emphasizing the importance of preserving the story of America’s brewing history.

Items from the collection include the microscope of Fritz Maytag, previous owner of Anchor Brewing in San Francisco; the original wooden spoon that BA and AHA founder Charlie Papazian used for many batches of homebrew; and oral histories from craft brewing trailblazers such as Ken Grossman, owner of Sierra Nevada Brewing in Chico, Calif., and Wynne Odell of Odell Brewing in Ft. Collins, Colo.

On the page about brewing history on the Smithsonian’s website, it states:

Because beer and brewing connect to all facets of American life, materials related to brewing history exist in collections throughout the Museum.

This statement rings true, and the sentiment is something we work hard to impart to our leaders on Capitol Hill. America’s small and independent brewers:

Beer and craft brewers have a long history of success in the United States. The Brewers Association is working hard to help preserve that history and ensure a successful future through our work on Capitol Hill and with state guilds; promotion of the independent craft brewer seal; events like the Great American Beer Festival and Craft Brewers Conference; initiatives with the American Homebrewers Association; and so much more.