Boulder, CO • February 14, 2012—The American Homebrewers Association (AHA) reached a milestone this month with more than 30,000 members. The 34-year-old not-for-profit organization has reached this record number thanks in part to the hobby’s recent growth in popularity. Current estimates indicate that approximately 1 million Americans are making their own beer and wine at home.

The homebrewing craft has a long history in the U.S., dating back to the colonial era. However, an official organization for hobbyists was not established until 1978, shortly after President Jimmy Carter signed the bill that legalized homebrewing. Prior to that, the hobby was illegal thanks to a vestige of prohibition-era law. Buoyed by their newfound freedom, Charlie Papazian and Charlie Matzen founded the AHA that December with the first publication of Zymurgy magazine. 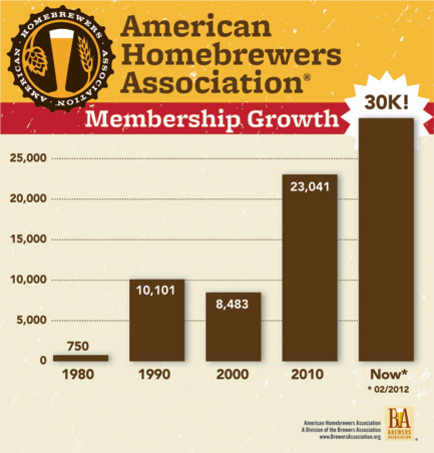 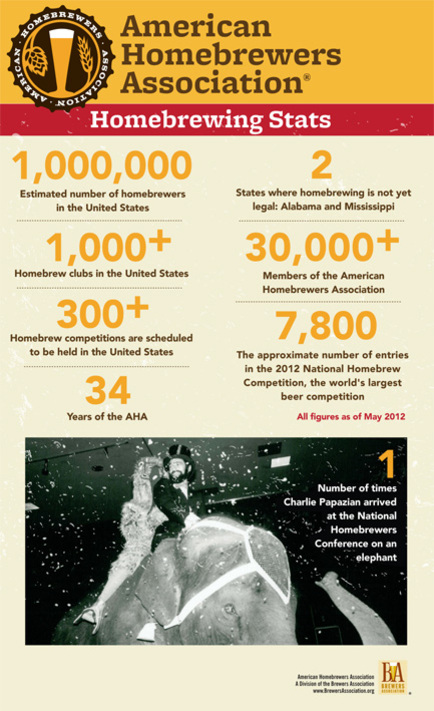 A division of the Brewers Association (BA), the AHA is the only national-level organization dedicated to promoting the community of homebrewers and empowering homebrewers to make the best beer in the world. In addition to providing valuable member benefits like eZymurgy and Zymurgy magazine, the Pub Discount Program, the AHA Forum and Rallies, the organization also hosts the National Homebrewers Conference. This annual gathering is growing and features seminars, social events and the National Homebrew Competition, which is the largest beer competition in the world.

Now, over three decades later, Papazian-currently president of the BA-looks back on the AHA’s inception with pride. “I don’t think we realized how dramatically the American Homebrewers Association  would affect the beer world,” he explains. “Interest and participation in the AHA and the homebrewing hobby has resulted in the beginnings of most of today’s craft breweries, as well as events like the Great American Beer Festival® and, of course, many glasses of terrific beer.”

The AHA and homebrewing’s growth can be variable. For instance, membership numbers ebbed significantly in the 1990s, but all indications show that, for the time being, the hobby is growing steadily. Looking ahead, AHA director Gary Glass says, “We do everything we can to provide compelling benefits to our members and hopefully that keeps them excited to brew beer and support our organization. Beyond that, I think that homebrewing fulfills a need in an era when we can lose our connection to what we eat and drink. Making your own beer inspires creativity and brings people together. Nowadays, it seems like Charlie’s [Papazian’s] motto is really resonating: ‘Relax, don’t worry, have a homebrew.'”

Beer lovers are invited to learn more about the dynamic world of craft beer at CraftBeer.com. Follow the AHA on Twitter, and join us on Facebook.