The current growth trends in the craft beer market – more brewers, more market share, and more hoppy beers – have led some in the industry to worry about the hop supply in the future. Even with thousands of new acres going in and the now widespread usage of hop contracts by craft brewers, there is a fear that growing demand will outstrip supply, particularly in the markets for niche varieties (craft brewers are using dozens of them).

So how should brewers think about the coming hops market, finding a proper balance between understanding the challenges that growers and dealers will face while not giving in to extraordinary popular delusions and the madness of crowds (aka unfounded beliefs)?

To begin, brewers need to appreciate the magnitude of change that is going on in the hop market. I won’t say unprecedented change, since hops growers and dealers have already shown themselves to be remarkably adaptable; see as an example the remarkable shift from less than one-third of U.S. acres in aroma hops as recently as 2009 to more than 60% in aroma today.

The next five years will bring similarly extraordinary changes in hops, not just in type but in size of acreage. Based on updated estimates incorporating 2014 production, I estimate that US brewers will need an additional 24 million pounds of hops (primarily aroma) by 2020. The vast majority of these will be U.S. varieties, though in an era of extreme shortage, a hop is a hop. If those hops all came from the U.S., that’s roughly 12-13K new acres.

In a New Brewer article this year, my colleague Chris Swersey and I estimated that the cost of these new acres would run at minimum $500 million, including new processing, infrastructure, and storage capacity. That’s ~$40,000/acre. Through presenting these numbers to a variety of industry groups, we’ve heard some concerns that this estimate may be low; I’d be willing entertain estimates as much as 50% higher given tightening growing windows, rising labor costs, and the need to update infrastructure, but any estimate beyond that level is wildly out of line with the reality of current costs.

At first glance, a cumulative $500-750 million in investments appears daunting, particularly when borne by an agricultural sector often wary of risks. However, it is worth remembering that these costs will not be carried by grower alone, but will be shared along the hops value chain. Hop contracts serve as a promise of future payments and guarantee growers and dealers a return on their investments.

Systemic costs do increase when you factor in two additional items:

1. Dealers as middlemen/potential investors and

Because some of the investing will be done by dealers and some done by growers, the final costs to brewers will reflect both dealer markups and the (non-unreasonable) position by both growers and dealers that they should be preserving their profit margin percentage as prices increase.

In the highest cost scenario, this turns into:

Although a slightly less than $3/pound price increase for hops isn’t trivial, it also isn’t the world crashing down on craft brewers. These numbers are also based on a very specific set of assumptions. For some varieties with higher yields, these examples may be high. For other limited supply varieties they may be low. They will also tend to vary by the scale of the contract, the time, etc.

Additionally, none of these calculations take into account two other factors which may have their say on the future marketplace: the weather and the global market for hops.

For the first, the west’s current dry streak does introduce the possibility of future shocks on both existing and new plantings. Even with wonderful partnerships and forecasting via contracts, weather may be a determining factor in limiting acres/yields, driving short supply and higher costs. You think forecasting the economy is difficult? Good luck predicting rainfall in Yakima in 2018. 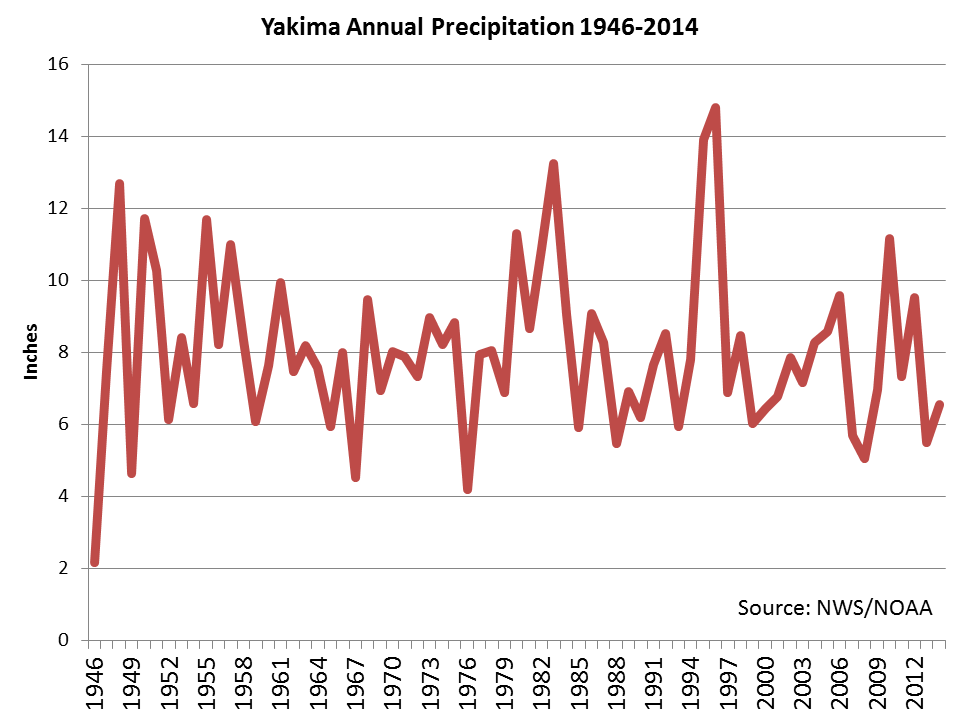 In terms of the global marketplace, U.S. brewers do have increasing options abroad. Although domestic hops are clearly the preference for the majority of domestic brewers, foreign hop growers have made their presence clearly felt in the U.S. aroma market in recent years. Likewise, foreign brewers, following the American craft phenomenon, are becoming avid consumers of American hops. These twin movements should hopefully both buffer concerns about shocks to U.S. hop supply, as well as give American growers decreased risk in planting aroma varieties. Although the current growth suggests over-supply is unlikely in the short to medium term – any growers or dealers found holding American aroma varieties would certainly find willing buyers and acceptable prices overseas.