The Pumpkin Beers Are Coming - Brewers Association
Skip to content

A couple of months back, I noted that IPAs had finally caught up with seasonals in annual scan data sales. Well, here we are seven months on, and the race for 2014 doesn’t even seem close. IPAs have sold over 40% more in volume terms than seasonals YTD. Looking at the data below, it begs the question, will seasonals ever re-catch IPAs, even for a short period? 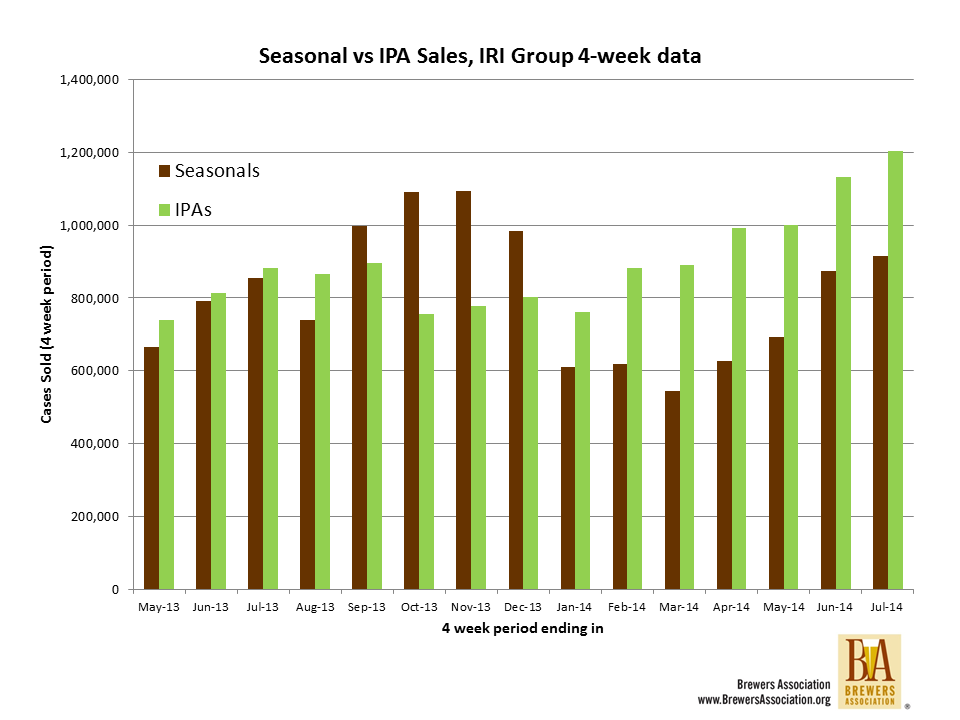 Well, good news for seasonal-lovers, the pumpkin beers are coming (one if by draught and two if by bottle?). Looking at annual data, seasonal beers peak in interest and sales every October, and the only suspect worth considering for this peak is the pumpkin beer. The graph below compares Google searches for all four seasonals (‘winter beer’ + ‘spring beer’ + ‘summer beer’ + ‘fall beer’) vs searches for ‘pumpkin beer’ alone. Come October, pumpkin beer is the undisputed heavyweight champion of the seasonal world. 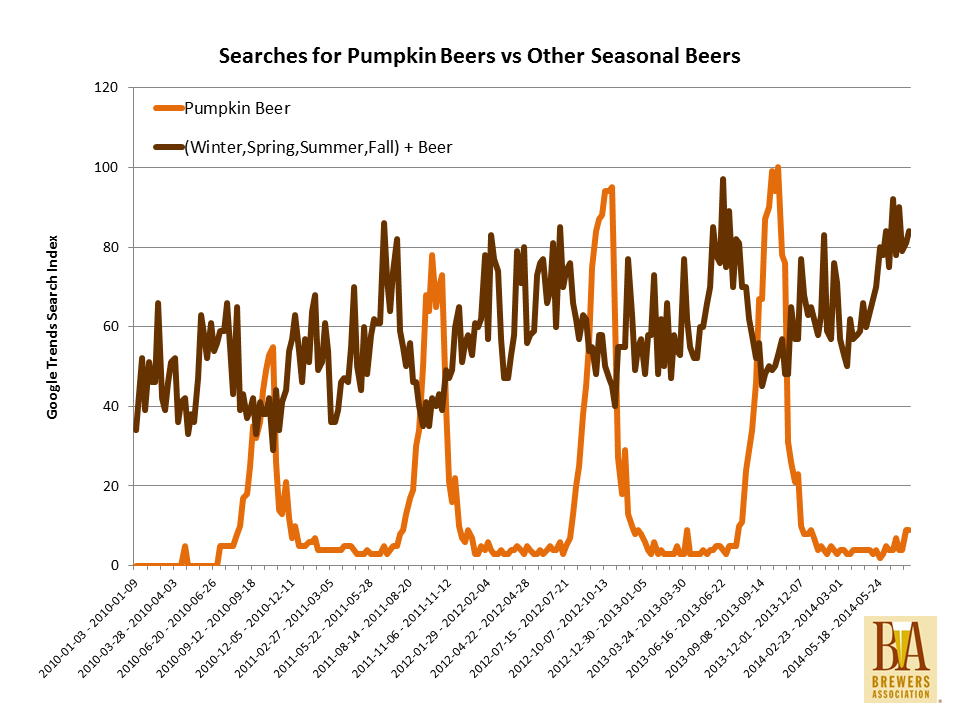 Does this search interest translate into sales? You bet. Here is a scatterplot with seasonal searches (I’ve subbed in “pumpkin beer” for “fall beer”) versus the sales in various 4 week periods from the IRI Group. 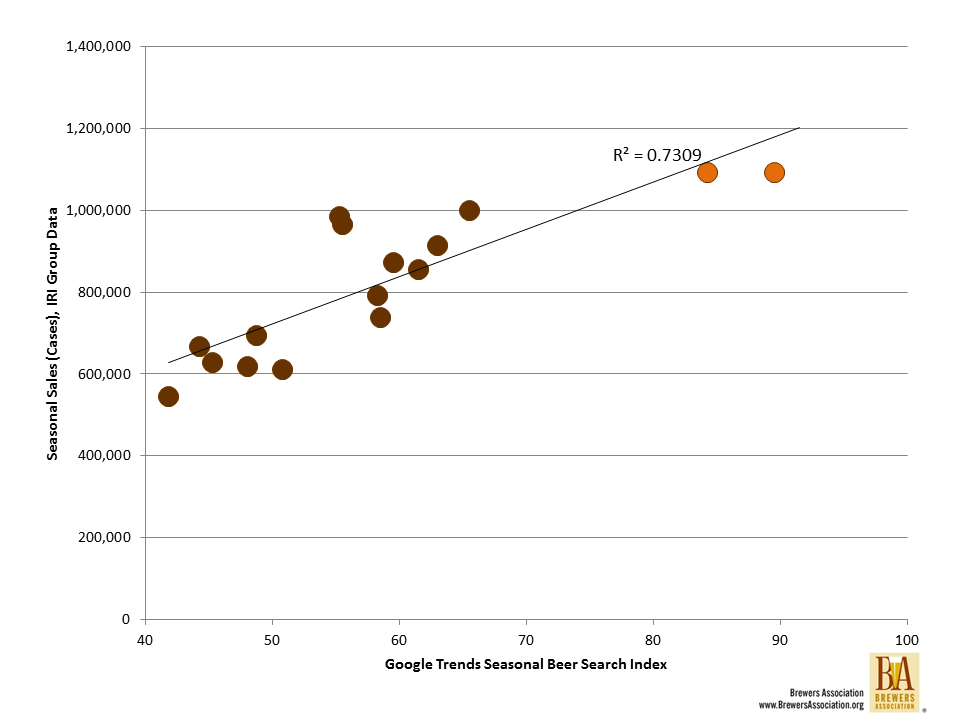 Those two orange dots way out to the right with the highest searches and the highest sales? Those are the two, four week periods in 2013 that touched October (that R-squared number means that 73% of the variation in sales can be explained by variations in Google searches). Given the dual spike in sales and searches in previous years, it seems safe to assume that pumpkin beers will once again be the darlings of the fall.

So if we’re going to get a big October spike in seasonal sales, will that spike be enough to catch IPAs, even for a month or two? Maybe, but if so, just barely. The seasonal surge was pretty huge last year, turning a ~125,000 case deficit in August into a 300,000+ case lead in September/October. IPAs have been leading seasonals by an average of almost 300,000 cases over the last few months, so if we see a similar shift this year, seasonals might briefly retake the top spot for a four week period.

None of this will halt the inexorable rise of IPAs to the top of the craft category, but for us number watchers, the race for craft style dominance will be must see viewing this fall.