Craft’s fundamental value proposition is that beer lovers are willing to pay a little bit more for a beer that has something more: more flavor, more variety, more local appeal. For the past year, I’ve been stating the primary reasons for craft beer demand as some combination of the following: fuller-flavor, a variety of flavors/styles, and support for local/independent businesses. Typically, I cite studies that suggest the flavor/variety dimension as the primary driver, with local taking an important, albeit secondary role. But there is increasing evidence that local may be rivaling flavor as a motivating factor for craft beer buyers. 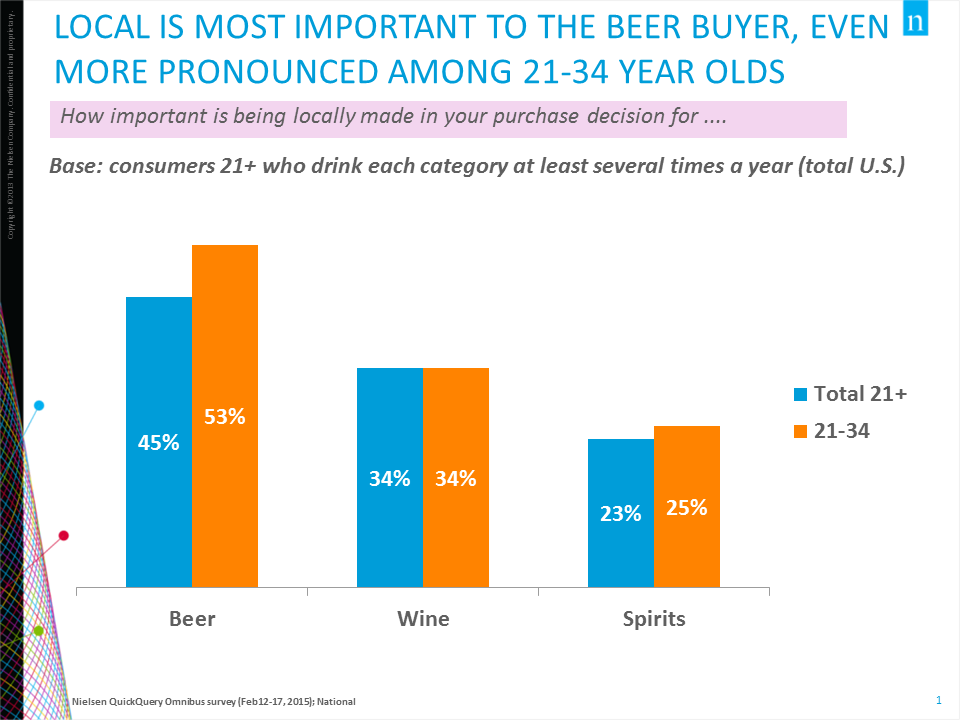 The fact that beer outcompetes wine on the local dimension is not that surprising. Wineries in the U.S. are concentrated around particular climates – almost 2/3 of American wineries are in CA, WA, or OR (Wines & Vines, 2014) – so unless you live in Napa (in which case you can still visit one of the three local breweries in Napa, CA) you probably don’t have a winery next door. Many spirits also have ties to particular geographies. Beer, however, can and has been made everywhere, and many breweries are not only re-introducing consumers to the amazingness that is fresh, local beer, but they are also tapping into deep reservoirs of brewing tradition from all 50 states. That’s why ~75% of 21+ adults now live within 10 miles of a brewery.

What is somewhat surprising to me is just how important local now is for beer purchases, particularly amongst the key 21-34 demographic. In addition, it’s noteworthy how fast this has changed: 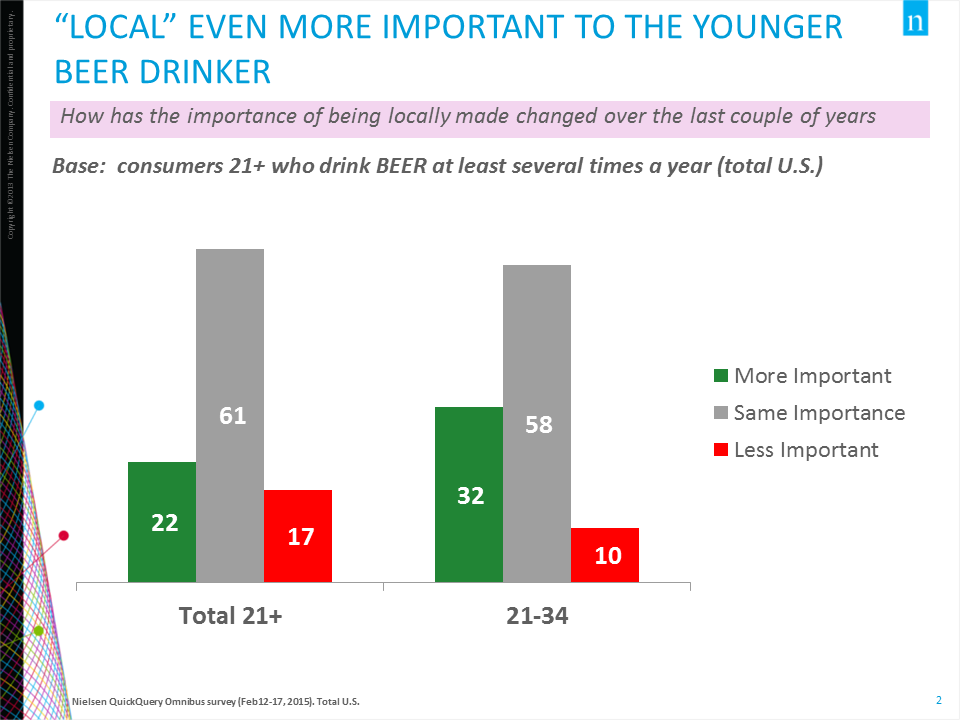 If these beer drinkers are answering truthfully, the importance of being made locally has increased for a third of consumers aged 21-34 over the last couple of years. Even subtracting out the “less important group”, on balance, more than one in five 21-34 beer lovers have moved “local” up in importance.

While I think flavor and variety are important and will always provide value added to craft brewer brands, I think it’s worth pausing a moment and appreciating how important this sea change is. When looking at the longue durée of the beer industry, the 100 years from the 1870s to the 1970s were the opposite of this. They were a century of scale beating small town production, national marketing campaigns trumping local word of mouth, and a slow shift away from beer markets organized by the distance you could ship fresh beer in a horse drawn cart to ones organized around national networks, refrigerated railcars, industrial efficiency, and national brands. It’s taken a lot of hard work on the part of determined small brewers, but local beer is back, and based on the numbers, it’s here to stay.