On the Saturday Night Live skit “Coffee Talk,” one of Linda Richmond’s (Mike Myers) most famous discussion topics was the re-purposed Voltaire quip that “The Holy Roman Empire was neither holy, nor Roman, nor an empire.”

Like many things, the naming of the HRE was used as much to gloss over what it wasn’t as to describe what it was. I’d argue that we could apply a similar discussion to the use of the word “authentic” in the beer market today. If you have to call your beer authentic, it may not be what it seems to be.

The reason this comes up is that there is huge value in being perceived as authentic these days. A recent Stanford Graduate School of Business study found that “authenticity” resonates with consumers and perceptions of authenticity drive ratings of products and services.

This isn’t the first study to take on the authenticity economy. If you have 15 minutes, check out this great TED Talk by Joseph Pine on the subject. If you’re a stressed-out brewer and you should have finished this article 30 seconds ago, I’ll summarize: being authentic means being true to yourself and true to what you say you are (and it’s easier to be authentic if you don’t say you’re authentic).

While I think marketers tend to over-focus on buzzwords like authenticity, I think this one is important, as it seems to be at the heart of craft brewing and defending it will be a crucial challenge for the future.

How does craft brewing continue to stay true to itself as it grows? How can 3,100+ brewers continue to differentiate themselves as the competitiveness of the market increases? And how do we as a segment protect the value of what we’ve built as outside groups look to capitalize on the popularity of fuller- flavored beers (a Dark Barrel Latte with “roasted malt flavor” anyone?).

This is a challenge that goes beyond making great beer (which is a prerequisite these days). What differentiates you? While there is no way that I (or anyone) can fully answer this question, here are a few suggestions for breweries to consider as they grow and compete in the increasingly crowded marketplace. 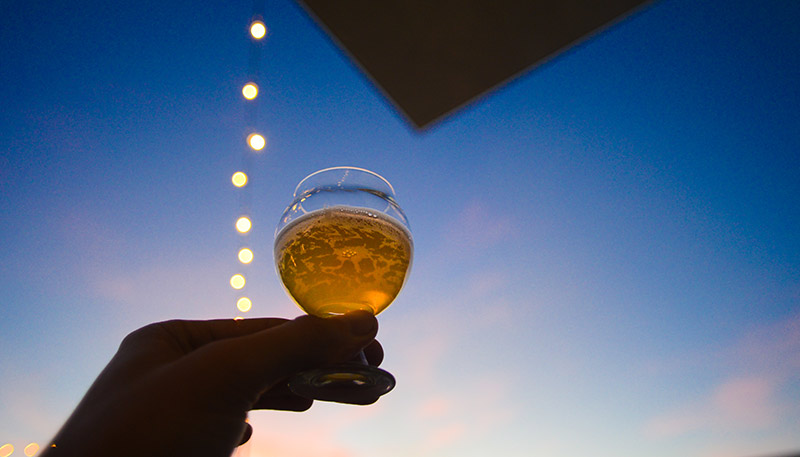 3 Ways to Be Authentic Without Saying “Authentic”

In the words of Dogfish Head’s Sam Calagione: “Create your own path, and if it’s a worthy path, people will join you.”

I get a lot of data requests for the sales of [X] style in [Y] place. Presumably these requests are designed to figure out if a new product will be viable in the marketplace. But the biggest potential is often in products that aren’t already popular.

I picked on Starbucks earlier, so now I’ll give them some kudos. The Pumpkin Spice Latte originally tested poorly in consumer surveys, but the team decided to ignore the survey results and trust their gut. They’ve now sold 200 million of them.

If you looked at IPAs 10 years ago, you probably wouldn’t see a huge marketplace…but here we are. Know who you are, what you want to make, and make it. In survey after survey (Nielsen, Mintel, etc.) the number one reason people pick craft beer is unique flavors/varieties. What unique values and flavors are bringing the beer lover?

Once you know who you are, tell people! This time I’ll steal from Tony Magee of Lagunitas Brewing Co.: “I’d say we’re in the tribe-building business. Tribes are built on shared stories.”

The old marketing maxim is that branding is storytelling, but I’d go one step further: your story is who you are. And beer lovers want to meet who you really are.

A recent Mintel study found that 39% of people chose craft beer brands because they have “a ‘personality’ that I relate to” and that 45% of craft beer lovers “indicate that they would try more craft beers if they knew more about them.” So tell them!

A big part of craft beer’s appeal is the connection between producer and beer lover. This is the advantage of local: you have the opportunity to show the public the tremendous, innovative beers you’ve been making. Hold events, invite beer lovers into your space, and recognize that there are probably 200 million legal drinking age Americans who don’t regularly drink craft beer.

To reach 20% market share by 2020, we need to stay humble and show more beer lovers what craft brewers are all about. Mintel also found that 32% of craft beer buyers chose craft because “the brewery is one that I have visited or plan to visit.” More visitors equals more opportunities for beer lovers.

Again, none of these are a substitute for making consistent, flavorful beer. As the industry grows, however, the whole community will need to continuously up its game to stay relevant. If the past is any indication, craft brewers are up for the challenge.