How Many Breweries Can the US Take? - Brewers Association
Skip to content

A recent report by NBWA Chief Economist Lester Jones states that the number of brewery permits has topped 4,500. For many, I’m sure this begs the question: what if all of those breweries open? Can the US take 4,500 breweries?

As always, the answer depends almost entirely on how big those new breweries will be, where they are located, and what quality their beer is. Nevertheless, let’s play the extrapolation game. Could the US brewing market take 4,500 breweries?

Let’s start cross-nationally, looking across the Atlantic at the beer-loving European countries. Using 2012 active brewery numbers from The Brewers of Europe and population data, we can look at how the number of breweries looks across countries when controlled for population. It turns out, even with 3,084 breweries (as of July 31st), the US is pretty much in the middle of the pack compared to Western Europe in brewery per capita terms. 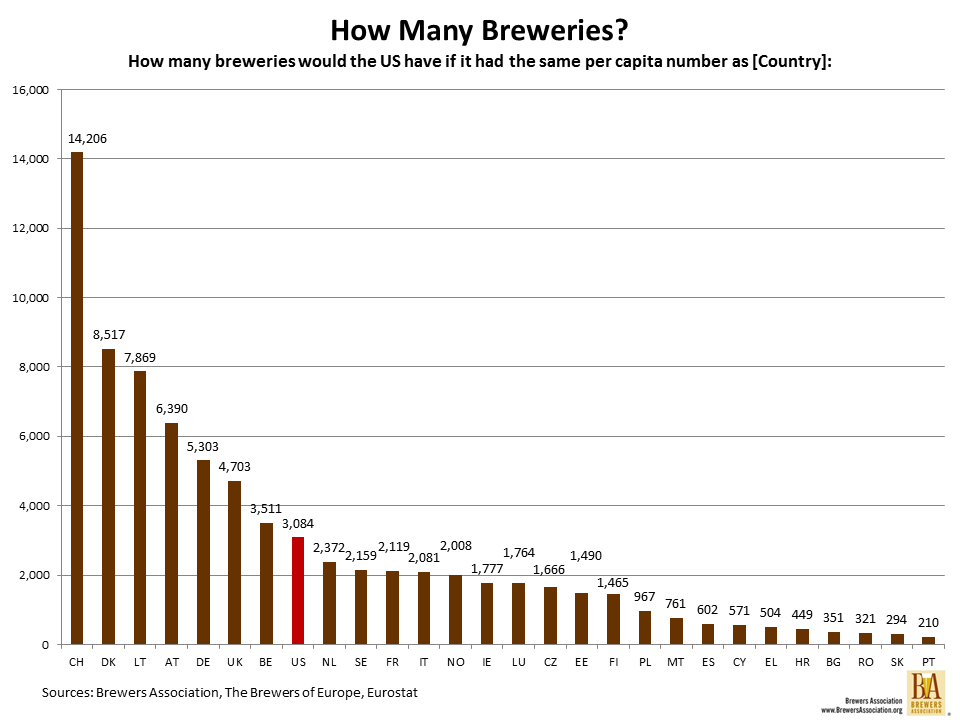 In fact, if the US had the same per capita brewery ratio as Switzerland (CH), it would have over 14,000 breweries! The larger countries of Germany (DE) and the UK are probably a better comparison – but if they had populations the size of the US, they would have 5,300 and 4,700 breweries, respectively.

What about across time in the US? The US is probably never going to have the same brewery per capita numbers we saw in the 1870s (30,000 breweries isn’t happening), but the same rate as 1900 would give the US 7,604 breweries. We’re currently sitting at a similar per capita rate as the late 1910s, right before prohibition kicked into effect. 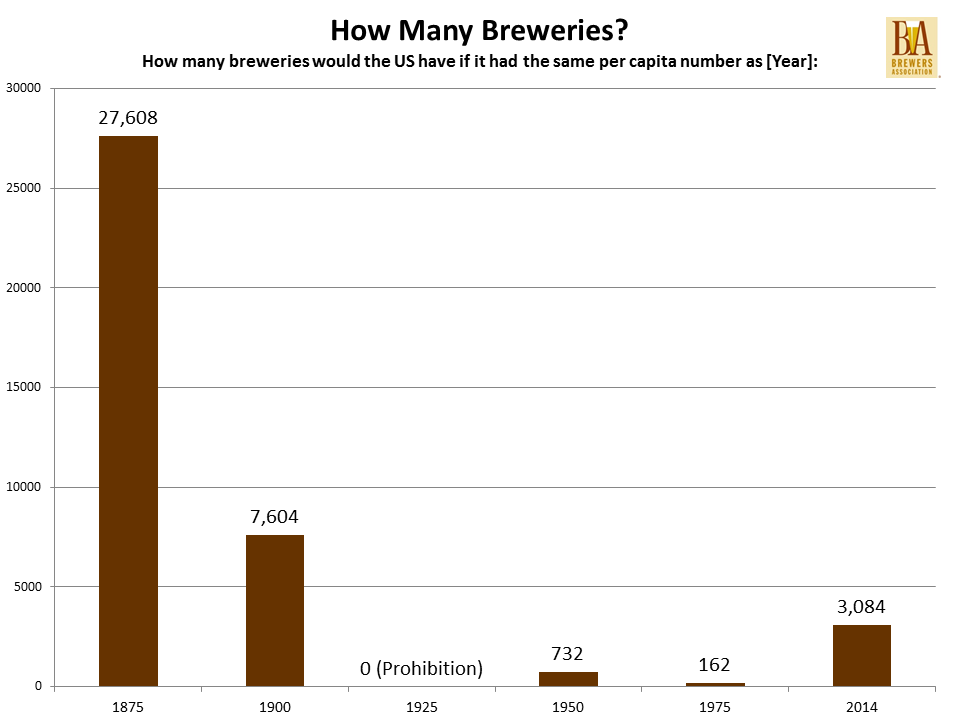 Now a lot has changed between 1900 and 2014. For one, in 1900 there weren’t two dominant market players with ~75% market share. But at the smaller end of the market spectrum, there are increasing similarities, with the craft market is starting to look a lot like the one at the turn of the (last) century; small breweries serving local markets.