One of the most common discussions I see in the aftermath of the Great American Beer Festival Competition is something along the lines of “why do California and Colorado” have so many GABF medal winners?

The answers usually fall into one of two categories:

1. Those states make the best beer

2. There is some bias for those states (homerism, shipping distance, etc.).

After looking at the numbers, those explanations are both wrong. I want to state clearly for the record that there is a pretty clear answer as to why some states win more medals than others: number of entries and which categories they enter.

Although the Brewers Association has long published a “top states by ratio of medals to entries by state”, this statistic is less relevant if you don’t know in which categories those entries were located. For instance, while a random beer has a 4.8% chance of winning a medal (that’s harder than getting into any university in the country), a beer in American-Style Dark Lager has a 15.8% chance of winning (still Cornell University hard) while a beer in American-Style IPA has a miniscule 1.1% chance of winning a medal (five times less likely than getting into Stanford… though the tuition bill is lower). [NOTE: all statistics include the Pro-Am category. Those are amazing beers, why shouldn’t they be included?] 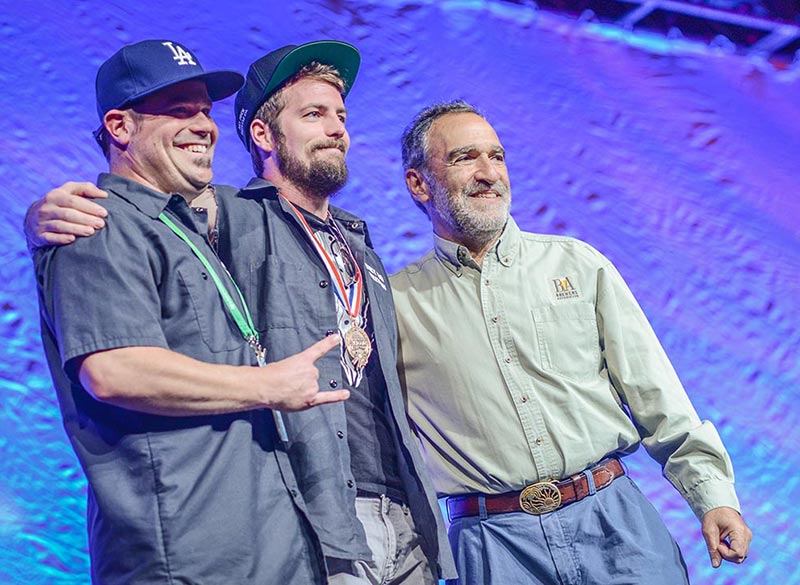 When you control for this, you can come up with an expected value of medals based on entries and their categories. Here are the top ten states in their “Expected Medal Value” and the number of medals they won:

Pretty darn predictive. In fact, when you throw in all fifty states (plus D.C.), the correlation between the expected medals and medals won is r = 0.975. You can’t make up data that well.

What does this all mean?

1. Parity in craft beer is high across the country. While states with more breweries and more entries are winning more medals, there aren’t many states that are significantly outperforming others. On the flip side, to get a correlation that high, very few states are underperforming, i.e. people are producing great beers in all fifty states.

2. Distance doesn’t keep states from winning, but it does limit entries. To further check this, I took the distance from the middle of each state to Denver and then looked at it versus entries. There’s a decent negative correlation (r = -0.248), though it weakens if you take Colorado out (r = -.143). Interestingly, if you look at distance against a medals won/expected value ratio, there’s a decent positive correlation (r = .214 with CO; r = .227 without). These correlations suggest that while breweries further away are slightly less likely to send beers to be judged, those breweries that do choose to send beer across the country may actually be sending more competitive beers.

With so many great beers from so many places, the 2014 GABF competition was truly the most competitive ever. Now to start on my next project, a sensory analysis of 271 medal winners…