As you’re probably aware, Take Craft Back has launched the largest crowdfunding campaign of all time, aiming to raise $213 billion to buy Anheuser-Busch InBev.  The campaign notes that “it only seems impossible if you really think about it.” Well, my job is to really think about things, so here are some of those thoughts.

First, let’s revisit some of the math. TakeCraftBack.com is luring you in to how easy this is going to be, by noting that it will only take $653.37 per person in the U.S. to reach the goal. Hate to break it to you, but not every American drinks. In fact, of the 21+ population (already down to 232 million people), only about 2/3 of Americans drink. And only 80 percent of those drink beer, so now we’re down to 124 million Americans. The point is, the campaign is going to need closer to $1,717.74 per beer drinker in the U.S., so time to sell a few of your bitcoins, dig deep, and make that pledge of support! 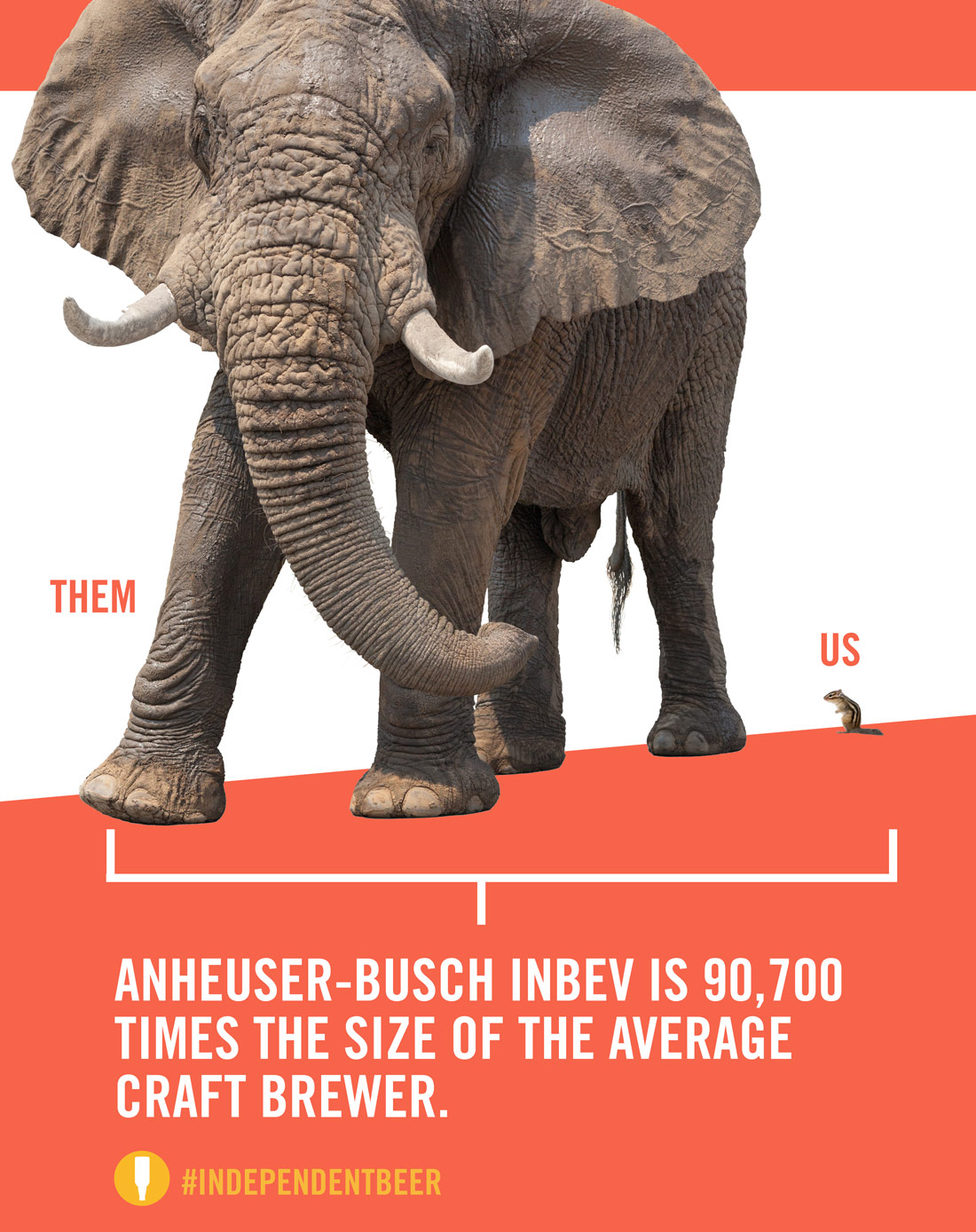 Why is Anheuser-Busch InBev worth so much? Well, according to their filings, AB InBev worldwide made 500 million hectoliters in 2016. That’s 426 million barrels. Now last year, the 5,234 craft brewers made 24.6 million barrels. That’s 4,700 barrels per brewer. If we do the math, that’s what ABI makes every 5 minutes, 48 seconds. Or put differently, Anheuser-Busch InBev is 90,700 times the size of the average craft brewer. That’s the same ratio as an elephant (African Bush, of course) and a red-tailed chipmunk. Coincidentally, as of my writing this, the campaign has just eclipsed $2.5 million in pledges. Turns out, $2.5 million relative to $213 billion is basically the same ratio as that chipmunk to that elephant—so if you’re a campaign supporter, now you know what it’s like to be a craft brewer relative to Anheuser-Busch InBev!

Next, as an economist, I’ve been trained to think about opportunity costs. If you have too, you’re probably thinking, “Sure I’ve got $213 billion lying around and would love to help, but what else can I get instead of a multi-national company worth $213 billion? How big is that really?” Well, if you’re into sports, you might be interested in purchasing every single NFL, MLB, and NBA franchise. Forbes estimates that you could buy them all for the bargain basement price of $167.5 billion. And, you’d have $45.5 billion left over for some pretty sweet tailgates. That’s how big Anheuser-Busch InBev really is.

Alright, what’s next? Maybe pledgers would be more motivated if they knew what they were buying along the way. Well, once we hit $35 million, we could buy the world’s largest hop farm. Your local brewery would probably love to own a share of that. Now that we have some raw materials, let’s get some market access and buy some distribution. ABI owns about 10 percent of its distribution here in the US—I’ll estimate that’s worth $5 billion. Now we’re getting some independent beer on shelves!

So let’s recap what we’ve learned. First, you’re going to need to call some beer-drinker relatives outside the United States and have them pledge. Maybe try someone in Peru, the Dominican Republic, or Colombia. Those are countries where ABI has 97 share of the market or greater. Next, ABI is really big. Like really, really, mind-bogglingly big. Third, it’s no surprise that Anheuser-Busch InBev is taking over all the taps at sports stadiums, since they are worth more than basically all sports teams combined. Finally, ABI owns a lot of things that aren’t beer, but are important to brewers, large and small alike. Only 90,699 chipmunks to go until craft owns it all!