The 2012 edition of SAVOR: An American Craft Beer and Food Experience in Washington D.C. June 8-9 was heaven for locavores. As much as possible, food for the event was locally sourced. Several D.C.-area breweries poured at the event. And participating brewers had many stories to share regarding the meaning of “local” to them, including the story behind the commemorative beer for the event that was collaboratively brewed by Sierra Nevada and Boulevard. 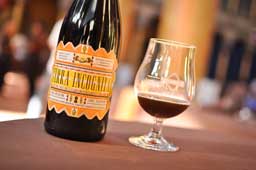 The brewers and brewery owners involved in the project wanted to join the local flavors of their respective communities of Chico, Calif., and Kansas City, Mo., into the beer, called Terra Incognita.

“We wanted to take something from Chico and meld it with what Boulevard does out there,” said Sierra Nevada president Ken Grossman at an educational salon describing the collaboration. “John [McDonald, Boulevard’s owner] and I are old friends and we have a lot of respect for each other’s breweries.” The breweries are situated at opposite ends of the historic California Trail.

The beer celebrates the unique terroir of each region, using Sierra Nevada’s estate-grown pale malt and Missouri wheat, and aged with Brettanomyces in Missouri oak barrels. The wort was created in Chico and then shipped to Kansas City for fermentation in the oak barrels.

Each brewery chose a locally themed food to pair the beer with at the salon. Sierra Nevada paired Terra Incognita with oysters from a local family farm. Boulevard, located in a hotbed of barbecue in Kansas City, chose burnt ends from Oklahoma Joe’s, a local barbecue joint. 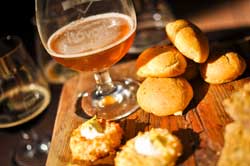 “This is the first beer I’ve ever tried oysters and burnt ends with,” Boulevard brewmaster Steven Pauwels told the crowd. “I don’t know if you guys do that on a regular basis…”

All involved said the goal was to create a beer that was unique. “This beer doesn’t have a style,” said McDonald. “We wanted it to be very earthy and food friendly.”

“It was one of the more creative afternoons I’ve had in my career,” said Sierra Nevada brewmaster Steve Dresler of the project. “Putting this beer together was a real treat.”

For anyone who received a bottle of Terra Incognita at the event, Pauwels recommends storing it warm as the Brett will develop. “Brett goes through a rollercoaster of flavors,” he said. “It will keep carbonating.”

Beer Has Terroir, Too

The local aspects of brewing beer are also important to Will Meyers, who uses locally sourced ingredients in his beers at Cambridge Brewing Co. “It’s a great way to support and reinvigorate local farming,” said Meyers, who also grows his own herbs. Meyers presented a salon on “The Terror of Terroir,” discussing whether winemakers have the market cornered on terroir, or whether beer and cheese can express local attributes as well.

“Winemakers have an easy out,” joked Meyers, who is also an amateur winemaker. “If their wine sucks, they can just say the weather was terrible that year.” 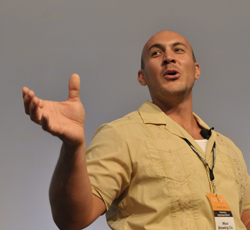 “Local” is also extremely important to Maui Brewing Co.’s Garrett Marrero. “We focus on local agriculture,” said Marrero. “We ask the local farmers: what do you have for us?”

“There are at least 13 different microsystems on the island,” said Marrero. “We are working with different farmers to grow hops. There are no amber waves of grain on Haleakala.” 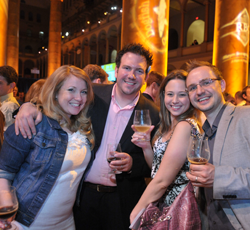 “It has been a great addition to add so many local parts to the menu and it can only get better in the years to come,” said Dulye.

Jill Redding is editor-in-chief of The New Brewer.