There is an investigation underway by the Secretary of Commerce under Section 232 of the Trade Expansion Act of 1962 to determine the impacts that steel and aluminum imports have on the national security of the United States.

The investigation requires the Secretary of Commerce to examine and make recommendations to the Administration about whether aluminum and steel dumping by foreign entities has a negative impact on our national security. The results of the investigation could impact brewers, especially if they result in tariffs of aluminum products imported from other countries.

Specifically, brewers could be impacted by increased costs of aluminum cansheet, which is used exclusively for beverage containers. Aluminum cansheet is made from recycled cans, scrap metal and primary aluminum. Primary aluminum that is imported into the US from places like Canada could be included if any tariffs are imposed as a result of the investigation. The U.S. depends entirely on imported bauxite to produce primary aluminum. Bauxite is not available in the U.S. in commercially viable quantities or quality.

The Brewers Association has been working with the Can Manufacturers Institute, the Beer Institute and the American Beverage Association to educate Congress, the Department of Commerce, the Department of Defense and the Administration about how cansheet aluminum is economically critical to thousands of small U.S. manufacturers and does not pose a national security risk.

If the investigation results in tariffs on primary aluminum, it would have an impact on all craft brewers that can, and especially on smaller craft brewers. Between 2013-2016, craft brewers who produced less than 100,000 barrels/year shifted more heavily to cans than breweries who produced more than that.

Ninety-eight percent of cansheet aluminum used in the United States is produced domestically. A one-cent increase per can – because of a tariff – will cost the can industry upwards of $960 million which could lead to lost U.S. jobs and increased costs for consumers.

Explore this infographic that explains the impact that tariffs could have on cansheet.

Craft Cans as % of Scan Volume 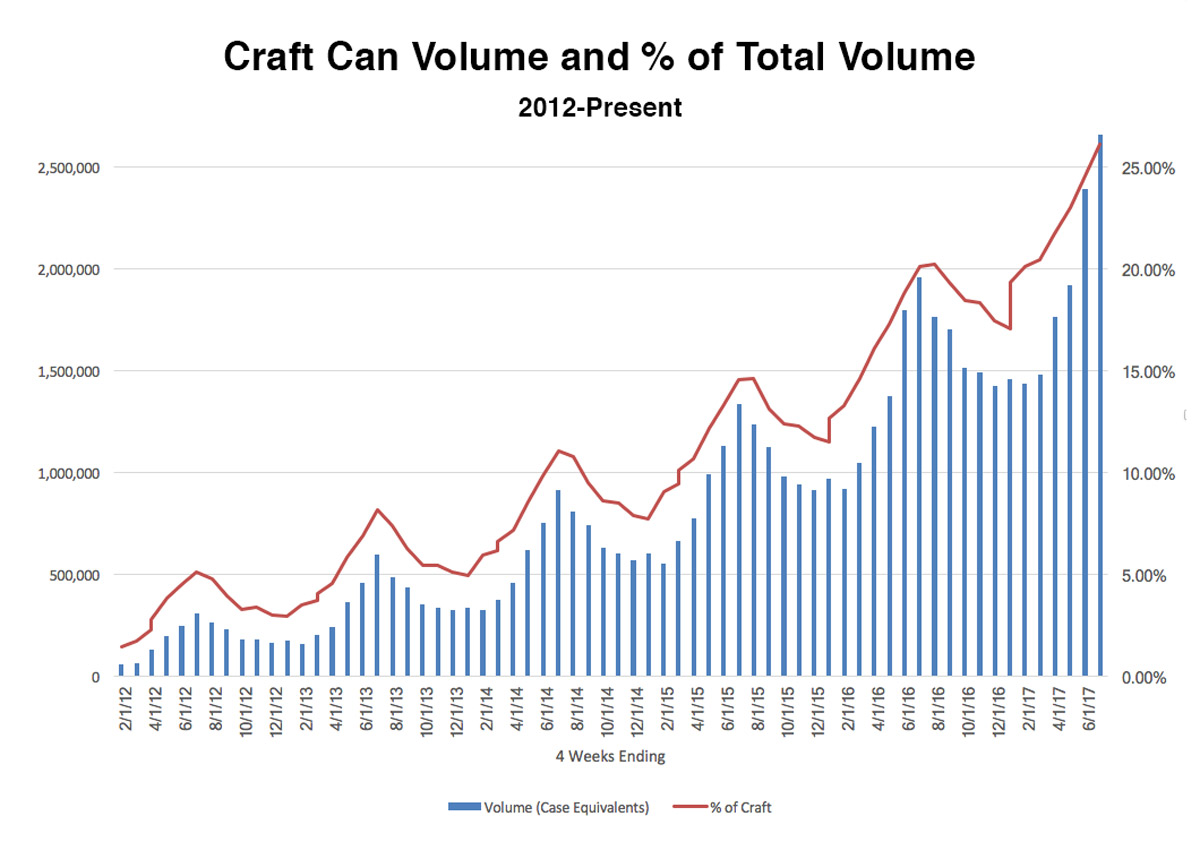 The Brewers Association and our coalition partners are asking that when the Department of Commerce makes their recommendations they exempt the following from any import adjustments under section 232:

If you have any questions, please reach out to Brewers Association Federal Affairs Manager Katie Marisic. We will continue to update you as this issue unfolds.