Does independence matter? You bet it does. A recent survey firmly illustrates this point.

Nielsen recently presented insights from a survey co-developed with Brewbound and conducted by Harris Poll. These insights were shared during last week’s Brewbound Session business conference in New York. The survey (conducted May 19-23, 2017) was aimed at understanding the familiarity around popular “buzzwords” used to market craft beer. A total of 2,000 people (adults 21+), including 773 self-identified regular* craft beer drinkers, were surveyed on 29 buzzwords** 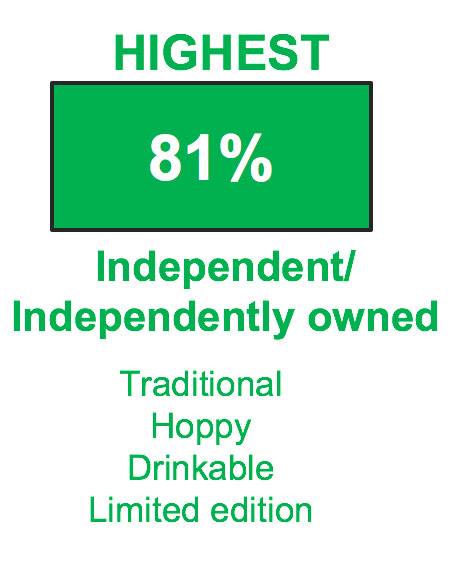 In my view, the most intriguing news to share is that when asked, “How familiar are you with each of the following terms as they relate to beer,” 81% of craft beer appreciators indicated “independent” and “independently owned” as the most recognized. The second-most recognized buzzword was “traditional.”

When asked, “Thinking about the beer-related terms you are familiar with, if you heard or saw each term in connection with a particular beer, would you be more likely, less likely, or equally as likely to purchase the beer,” 23 of the 29 terms had a “net” positive— that is, “more likely” to purchase outweighed “less likely.” 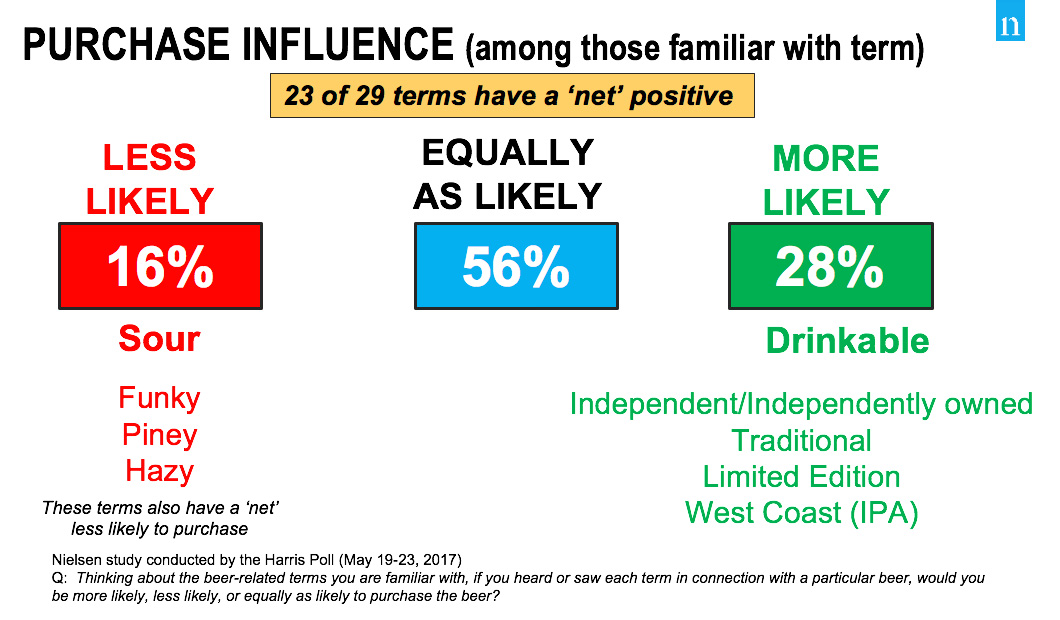 Within that survey, several more “generic” marketing terms that can span ANY category seemed to be very relevant to, and resonated with, the craft beer consumer. Some examples of those terms include: innovative, limited edition, drinkable.

Furthermore, as reflected in the survey findings, survey respondents claimed that the term “independent/independently owned” was a very high “purchase influencer” for them.

With 99% of today’s 5,400+ U.S. breweries being independently owned, it is always encouraging to see surveys confirm that independence does matter.

**The meaning of each of the 29 buzzwords was left up to the individuals responding.

Julia is the former craft beer program director at the Brewers Association and publisher of CraftBeer.com. In her role at the BA she served as an educator and as a spokesperson for the association. Follow her beer adventures on Twitter @HerzMuses.