In less than eight months, more than 3,000 craft brewing companies—representing more than 6,000 craft brewing locations in the U.S.—have signed on to use the independent craft brewer seal. Simply amazing! Reaching this milestone is just the tip of the iceberg. More breweries will continue to adopt and use the seal, deepening the impact of this powerful new certified mark. Have you seen the seal popping up on independent craft brewers’ beers, menus, taproom entrances, and websites? We sure are.

Over time, as more beer lovers “seek the seal,” it will have a powerful impact on purchasing decisions. One of the main goals of the certified mark is to ensure that beer from small and independent U.S. craft brewers continues to be top of mind despite the flood of acquired beer brands now making their way into the market.

We are also seeing incredible interest from newly opened breweries and the many breweries in planning. Craft brewers are using the seal in a myriad of ways to wave the flag of #independentbeer. Early adopters see it as a mark of distinction, differentiation, and certification.

Brewers have been adding the seal to everything tied to their brands, especially packaged beer—bottles, cans, six-pack carriers, case boxes, keg collars, and more. Brewers, are you still on the fence? Remember, there is strength in numbers, and the movement is growing. Plus, the Brewers Association has written acknowledgment from the Tax and Trade Bureau (TTB) that a revised Certificate of Label Approval (COLA) is not needed for label changes where the addition of the independent craft brewer seal is the only substantive edit.

Retailers are getting in on the act, too, and should be rewarded when they stock their store coolers and beer lists with independent beer. We also have resources for those retailers who want to declare their support.

Here’s the latest buzz about the seal: 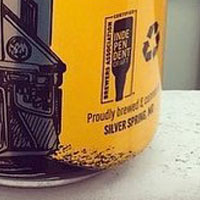 “Because who doesn’t like to support locally owned and independent businesses? We are a proud member of our community and want customers to know more about our company, including that we are independently owned and operated.” —Julie Verratti, co-founder, Denizens Brewing Co. 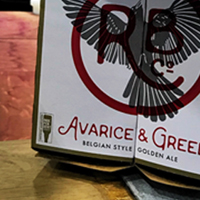 “We are in the midst of a defining moment that will impact the future of craft beer for generations. Adopting the Brewers Association’s independent craft brewer seal was the most important thing we did at Roadhouse to participate in claiming our future as a community.” —Colby Cox, co-founder/brewmaster, Roadhouse Brewing Co.

“Given the speed of information dissemination in the digital age, and passion of craft beer drinkers, the Brewers Association’s seal could easily surpass the reach and impact of organic food labels.” —VinePair

Cheers to the 3,000 breweries who are on board with the seal, waving the independent craft brewer flag as they continue to turn the beer world upside down. Craft brewers enrich our communities, lift local economies, and continue to make the U.S. the craft beer capital of the world. What an American small business success story to share! We also salute the beer lovers, retailers, and wholesalers who are showing their support for this incredible movement in beer.