In May, I traveled to Maui to meet with the Hawaiian Craft Brewers Guild (HCBG). Though Hawaiian breweries have been working hard to grow the presence of craft beer in the state, they are faced with very unique challenges. With expansions and openings, 2014 was a good year for craft beer in Hawaii, with total craft production increasing to 27,760 bbls from 25,082 bbls the previous year. This is a 10.7% increase after a 6.2% decline from 2012 to 2013. The state maintained it’s rank of 37 in the U.S. for breweries per capita.

With about ten craft breweries currently operating and 7 more in planning, the small-yet-flourishing brewing community is ripe for stepping up the momentum on their guild development. 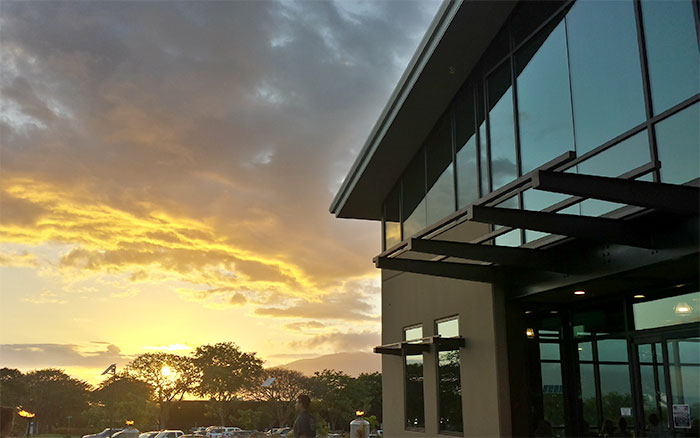 We met at the new state-of-the-art Maui Brewing Co. production facility in Kehei. The meeting attracted the highest in-person attendance ever—evidence the brewing community intends to support this fledgling association. President of the HCBG, Tom Kerns, owner of Big Island Brewhaus, and Garrett Marrero, owner of Maui Brewing Co, led the agenda with message of unity and camaraderie to elevate Hawaiian craft beer market. The HCBG intends to not fight for scraps of the 11% state’s craft market share, but focus instead on expanding the piece of pie to secure more of the 89% of the non-craft beer market.

With the bylaws and nonprofit status in place, and a member distribution list starting to roll, the Hawaiian Craft Brewers Guild turns its sights to hiring an executive director, fundraising events and establishing member dues. Building branding is also high on the list of initial projects to address. The group has a guild logo drafted and a web presence is planned.

The goal of the HCBG will be to continue to develop relationships within the community to support each other with the upward growth of the state’s industry. In addition, it’s critical to educate the state’s consumers, retailers and legislators on the unique costs of manufacturing on the islands and the benefits of supporting local authentically Hawaiian beer.

The roll out of Act 211, the new small craft producer pub license, begins this summer as well. This new Class 18 license allows a small brewer to distill, make wine, and all together removes the brewpub production cap. This license is, however, unique to the island of Maui only. Other islands (counties) of Hawaii will need to approve these regulations individually. 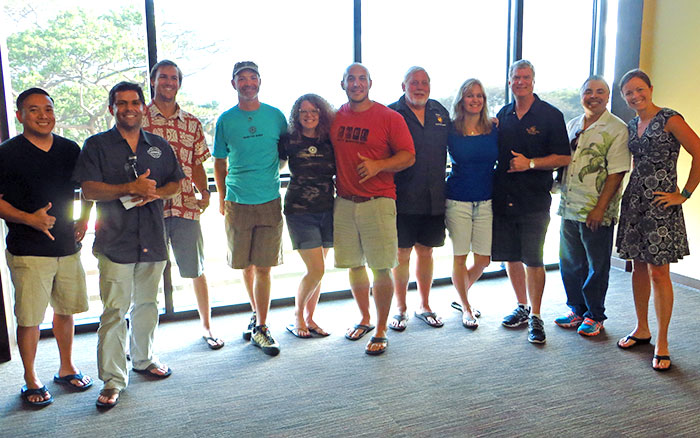 Garrett and Bret educated the group on the legislative process and a bill’s journey through various committee hearings. Garrett says he keeps a copy of state and county liquor rules in his house, car, and office, because he refers to them so often. He suggests to fellow brewery owners they set up searches for alerts from Capitol.hawaii.gov, so when bills come up for testimony, brewers can show up or submit testimony through that website.

Everyone agreed the new BA link for contacting members of congress was an immensely easy and effective concept—one that would be valuable for replicating at the state level too.

Following the guild meeting, Maui Brewing hosted a social meet and greet for all the brewers who participate in the Maui Brewers Fest, at the Maui Arts and Cultural Center. The festival showcased great beer from all across the country, delicious local food with a spectacular backdrop of Maui’s volcanoes.

Hawaiian craft brewers are continuing their efforts towards unification, recognizing how critical the HCBG is to the state’s brewing industry growth and success. I am, of course, always grateful for the opportunity to be of support to this unique and beautiful state.

Brewers Association Seats 2022 Board of Directors

How To Have More Inclusive and Effective Meetings